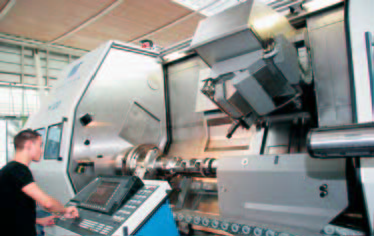 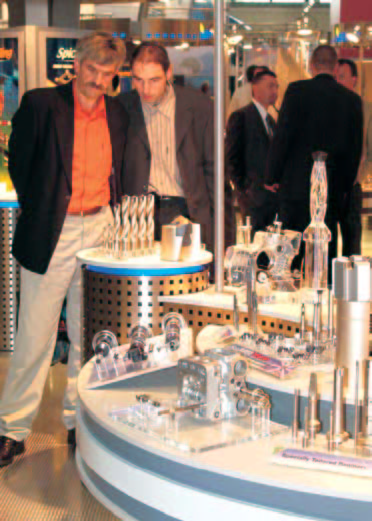 From 17 to 22 September 2007 at EMO Hannover, one of the leading trade fairs for the metalworking sector, exhibitors from all over the world once again will put their efficiency and innovative power to the test before the best qualified international specialists. The entire range of products and services for the metalworking technology is on display with special emphases on cutting, splitting, milling and metal forming machine tools, manufacturing systems, precision tools, automation components, computer technology, industrial electronics and accessories. The 2007 edition of the exhibition was presented in Sofia, Bulgaria, by Helmut von Monschaw, Executive Director of VDE, German Machine Tool Builders’ Association – organizer of EMO Hannover 2007.

At EMO Hannover 2007 International Business Symposium on Eastern Europe, named “Central and Eastern Europe - Chances and Risks of a Growth Market” will take place. On 19 September 2007, in seven blocks, the topics covered will include the economic situation on the various markets involved, the conditions involved for establishing sales, service and manufacturing operations, tips on creating the right networks, political and legal idiosyncrasies, financing operations in Eastern Europe, and much, much more. Case studies and practical examples map out strategies for the correct approach and reveal the hidden obstacles, traps and snags. The symposium is aimed at management levels in the corporate environment who also bear responsibility for strategic decisions.

There will be good presentation of the South-East European countries – according to the preliminary list of exhibitors – the region will be represented by 6 companies from Bulgaria, 3 – from Slovenia, one Greek and one Romanian company and about 36 companies from Turkey.