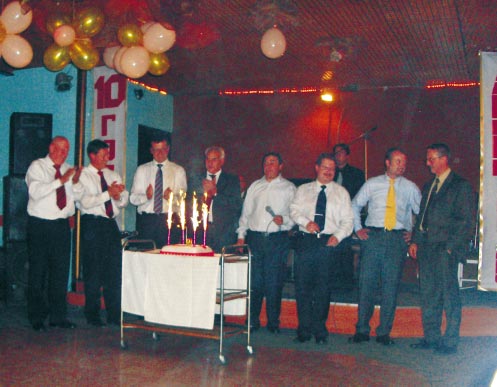 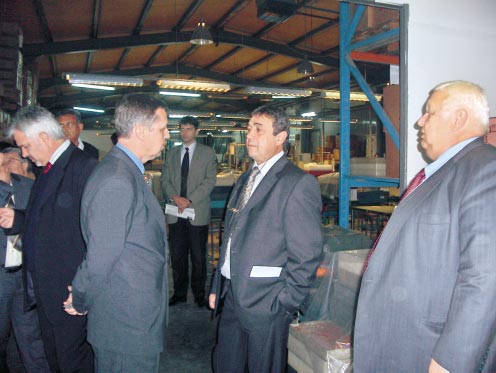 It was a very good strategic decision to build the facilities in Bulgaria, ABB announces

On 3rd November ABB officially marked the 10th anniversary since its plant for low voltage equipment was found in Petrich, Bulgaria. The entire team of the factory was engaged in this celebration – starting from the Executive Director Mr. Marcel Van der Hoek to the common employees and workers, among which there were participants in its building a decade ago. The celebration was honoured by Mr. Kiril Drenski, Chairman of the Board of directors of ABB Bulgaria. Special guest of this event was Ekkehard Neureither, industrial manager of ABB Stotz Kontakt, Germany. Deserved attention was paid to the former Director of the Petrich Plant and Trade Manager Mr. Dimitar Andonov, who continues to work for ABB Bulgaria as a consultant after his retirement.

Moreover, partners of the company from around the country had accepted the invitation to take part in the celebration. “After the political changes in Central and Eastern Europe, ABB was the first company in the branch, which moved to a serious expansion in this part of the world. ABB was interested in buying of company-producer with experience in producing of low voltage apparatuses, assemblies and details. After years of work the ABB working group chooses the most appropriate factory – the factory of the former “Elprom” in Petrich,” Mr. Drenski speaks about ABB’s decision to invest in Bulgaria. “Two years after the plant was chosen, back in 1996, we started the construction of a new hale, which became a main corpus of ABB Bulgaria Petrich. We are glad that from this working group we still have among us Mr. Alf Zeumer, Henry Liebold, Dimitar Andonov,” Mr. Drenski adds.

Originally, ABB’s plant in Petrich started with producing of assemblies for Thermo relays. At this time, the production was being made for ABB Stotz Heidelberg. “Gradually, we extended our production range and today we produce for ABB units in Germany, Sweden, Switzerland and Czech Republic,” Mr. Van der Hoek comments. “The other main activity is the sales and trade of low voltage and automation products. We rely on our network of distributors, panel builders and OEM’s,” he adds.

Among the major employers in the region

“ABB in Petrich is a full member of the ABB group and has implemented global processes, such as employee development and health and safety policies. I have worked in different countries and I haven’t seen such dedicated team. A lot of our current employees in our Petrich plant have taken part in its establishment. How many companies in the world could be proud with the fact that their assembly halls, administration buildings, security buildings, trafo station, ware-houses, etc., are built by their current workers and employees,” the executive director says.

“With the support of ABB Germany, we have established modern support systems for our business, including Quality management system, SAP system and “Business On Line” ordering system. We are now in process of certification to ISO 14000:2004. During the last 10 years, ABB Bulgaria Petrich has proven itself as one of the biggest employers in the region. Currently, we have 250 employees, furthermore we use mostly local companies as our sub-suppliers,” he adds.

Before 2005 the plant in Petrich was a separate entity operating on Bulgarian market under the name ABB Control. Since August 2005, the plant is merged into ABB Bulgaria.

Answering the question how he would evaluate the decision of ABB to invest in Bulgaria made 10 years ago under the angle of the present, the Executive Director of the plant is definite it was very good strategic decision to build the facilities in Bulgaria. Now, the foregone full EU membership for Bulgaria gives us further opportunities.

“The establishment of new facility is a complicated matter, but ABB has proved that such projects can be completed very successfully. As the company was built up with the core team still today working for ABB, the motivation is very high which also enables us to provide high quality products keeping our supply commitments. Petrich region is a good location in strategic aspect, due to its nearness to the borders with Macedonia and Greece. The potential of the city to provide good skilled and motivated employees is of big importance, too,” Mr. Van der Hoek adds.