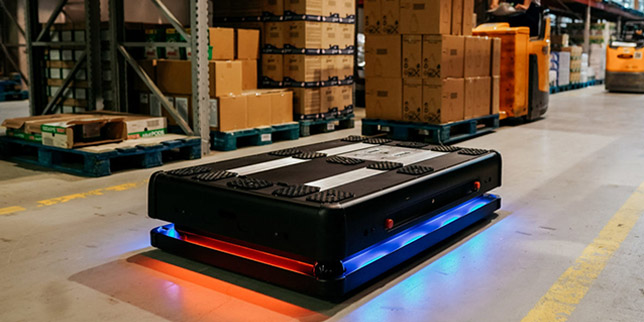 The European distributor and supply chain management company Orbico has launched a pilot project to deploy Gideon Brothers’ collaborative autonomous mobile robots in their warehouse facilities. The project is being implemented by Orbico Croatia in a distribution center near Zagreb.

EMO Hannover 2019 – a peak at the future of production technologies

As part of the modernization, Orbico has deployed two robots, testing various “on demand” use-cases, such as transporting goods on repetitive runs between certain points of the distribution center – to be labelled, for example.

“The added flexibility is especially important for Orbico Croatia, due to the extremely seasonal character of the local market”, Gideon Brothers said in a press release.

Milan Racic, Gideon Brothers Chief Growth Officer and Co-Founder added: “We are excited that we have launched a pilot project at Orbico Group, a company consistently growing their operations, both in EU and other European markets. Changing consumer expectations, digitalization, and technology are remaking the playing field and only companies that are adapting, and fully embracing the tools of Industry 4.0, will be able to power forward”.