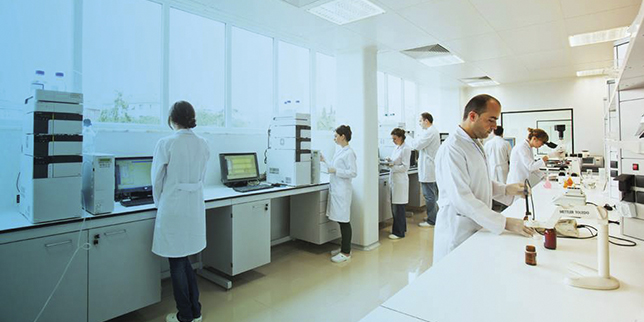 Atabay was founded in Istanbul by in 1939 by the pharmacist O. Kemalettin Atabay - prior to the outbreak of the Second World War. The company emerged as a trading business, importing and marketing pharmaceutical products. In the 1940’s, the medium sized commercial operation began producing sulfonamide tablets, which were in great demand at the time, thus paving the way to the pharmaceutical industry in Turkey.

By 1954, Atabay Pharmaceutical Products Inc. had evolved into a well equipped modern plant. The initial product line expanded to include analgesics, apart from sulfonamides. Consequently, in 1967, a new facility was established at its present site in Acibadem, Istanbul.

After several successful years of performance in pharmaceuticals, the president of the company, Bulent Atabay, led Atabay into the market of manufacturing of fine chemicals. In 1970, the site of Atabay Pharmaceutical Fine Chemicals Inc was chosen at Gebze, near Istanbul.

Five years later, in addition to the premises for the pharmaceutical fine chemicals, extensive facilities were set up in a separate area in Gebze to produce chemicals for the agricultural, public health and veterinary fields.

Today, the Atabay enterprises, managed by a progressive and technically trained executive staff, is fully active in producing quality products for human and animal health. Marketing and promotion of the products are accomplished by a competitive sales network with distributors in the domestic as well as international arenas.