Yaskawa is building a robot factory in Slovenia 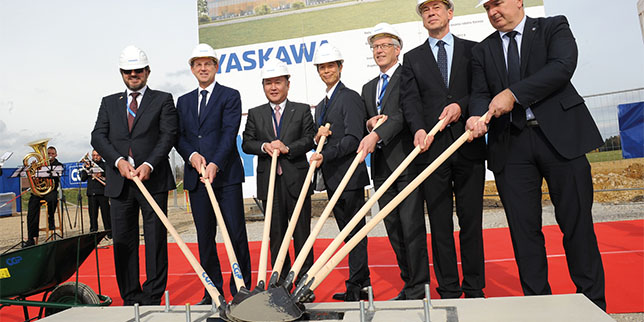 Yaskawa has launched the construction of a new robot manufacturing facility in Slovenia, the Japanese automation company announced. It plans to produce 80% of its European robot demand in the facility. In addition, the factory will manufacture the first Motoman robots that are purely European production, the company added.

The Asian robot maker is investing about 25 mln. euro in this expansion of its European operations, opening approximately 200 new job positions. Yaskawa currently employs around 350 development and application engineers in Europe, the company stated in its press release.

The new robot plant in Slovenia, along with two other large projects in Europe - a new production and office center in Nantes, France and a new factory with office workstations in Torsas, Sweden, are scheduled to be completed by the end of 2018. Yaskawa is also expanding the production and warehouse space of its European headquarters for the manufacturing of robotics in Allershausen, Germany with 4000 extra square meters.