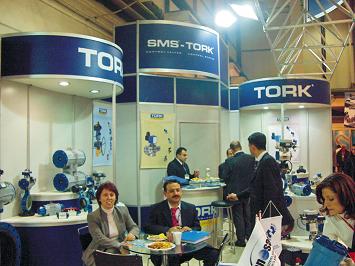 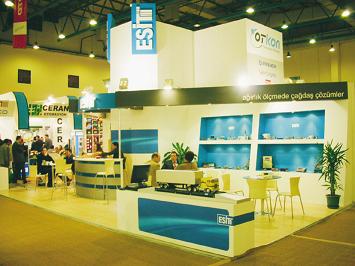 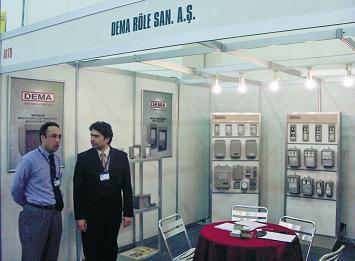 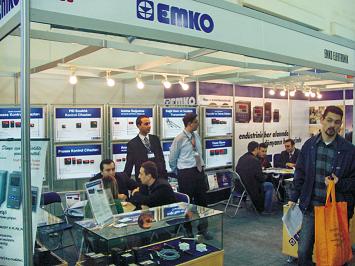 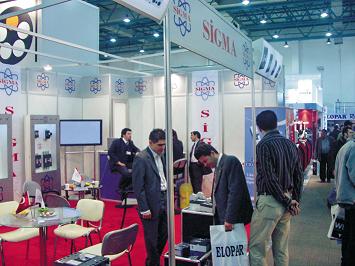 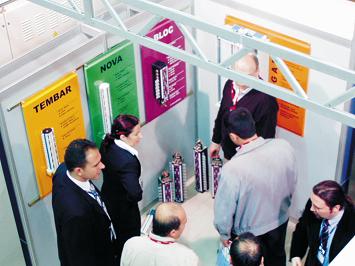 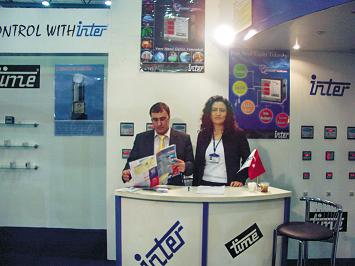 Turkish companies are pleased by the results achieved during WIN – World of Industry 2006. According to most of the participants this year, the combination of seven international fairs for the manufacturing industry under one roof is a successful approach as it brought much more visitors.

Among Turkish exhibitors was SMS Co. - a leading manufacturing company dealing with industrial control valves. For them, WIN exhibition is the biggest event in the field of Automation organized in Turkey. “Here we can present our full range of products and our novelties”, said from the company. Like every year, SMS Co. has been attending at this event with a 45 sqm-booth. They report for more than 500 different companies coming from the whole country as well as from some neighbor countries. “SMS Co. is actually exporting to more than 30 countries abroad from the USA to New Zealand but we also want to be more strongly present on the SEE market where we see a big potential and a growing industrial force”, shared from SMS.

Company ESIT Electronic participated in this fair with their large product range for weighing equipment and scales. The new transmitter and truck scale indicator as well as other indicators and load cell models were introduced to customers. “We believe that the Industrial Automation Fair, being the most important event of our country will bring a new beginning and dynamics to sector”, said from Esit.

Company DEMA Role has aimed to produce high quality and technologically top-level relays. They displayed new digital over-current relay, which will be ready just in few months for marketing all over the world. “We are so proud of the fact that it will be the first digital relay manufactured in Turkey by DEMA”, comment from the company.

Another Turkish exhibitor - EMKO Electronic Co., comment that “There is a big demand for high-level solutions of automation technology in Turkey and Emko Electronic has been attracting the attention with their wide product range that offers a lot of opportunities for high-end/low-end process control applications”. Emko Electronic were exhibiting their new heating and cooling series products and user friendly PID controllers during the Automation’06 (13th Industrial Automation Fair).

Company SIGMA Electric has introduced new 6kA Miniature Circuit Breakers and 6kA Residual Current Circuit Breakers to domestic and foreign markets during Electrotech’06. Sigma has also proved the quality of 35kA, 50kA, and 65kA moulded case circuit breakers after the third year of production. “Foreign customers were in a satisfactory volume during WIN’06. Sigma will keep improving current products and also will be adding new products in its product range in following years”, affirm from the company. Sigma claims to own a large and modern short circuit test laboratory.

The World of Industry fair held this year turned out to be a productive and fulfilling experience for TEMPA PANO Co. “The expectations before coming to the fair were to strengthen existing relations as well as to attract potential ones by introducing our new range of products together with established lines. Through the avenue of seminars, which were held on-site, we were able to give a better idea of the solutions that the Tembar, Temgard, and the EX-proof enclosures have to offer”, said from Tempa Pano. The company is rapidly expanding in the European enclosure market with sister companies in the UK, France, Russia, Romania and Bulgaria amongst others utilising its vision, design and production capabilities.

Company INTER Electronic, as a regular WIN fair-participant, has found the exhibition more attractive and impressive in terms of the quality and number of visitors and exhibitors. “With having no doubt, WIN fair is one of the most important and largest event in the region (Southeastern Europe, Middle East and Caucasia)”, comment from the company. During WIN 2006, INTER has got the opportunity of promoting their new products: Detective Multimeter with RS 485 (PM-DMCMC), Universal PID Temperature Controllers with RS-485 (PM-TCC) and Gas-Sensing Earthquake Relay.