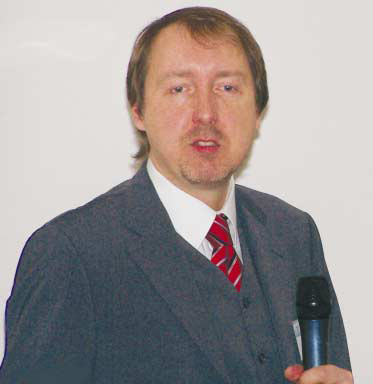 Montenergo was granted additional 30 million for its smart metering programme

Dear Mr. Kalal, how does smart grid’s landscape in the South-East Europe look like in comparison to other countries?
In the last few years (2009 – 2012) the European Commission has been strongly encouraging the development of smart grids and smart metering across EU member states. Mainly the Third Energy Package, which provides the appropriate framework for the implementation of smart grids and the roll out of smart metering systems. But consumer concerns and uncertainties in the industry slow down these deployments.
In total there are more than 220 smart grid projects in Europe, of approximately EUR 5.5 billion investment value. Projects are not uniformly distributed across Europe. The majority of them are located in EU15 Member States, while most of the EU12 still lag behind.
Utility companies across the Central and Eastern Europe (CEE) region are planning an intelligent grid structure. However, smart metering is still in its infancy in CEE, with only small-scale trial testing of various metering and communication technologies. The smart metering market is driven from the bottom up, and the majority of CEE countries have already carried out or started initial activities.

In the coming years, more intensive deployment of smart meters will thus be seen as utility providers will move towards advanced energy metering as a means of modernizing electricity grids and improving the information that is available for grid operators.

What are the greatest smart grid challenges that utilities have right now and how are they addressing these challenges?
Main challenges for smart grid deployment are in the areas of:
• Regulation and incentives
• Infrastructure and roll out
• Standards and interoperability
• Consumer engagement
• Privacy, data handling and security.
To address these challenges, it is mainly the European Commission that is launching initiatives to improve the situation by:
• Developing technical standards
• Adjusting regulatory framework to provide incentives
• Stimulating innovation and rollout of technology and systems
• Guaranteeing an open and competitive retail market in the interest of consumers
• Ensuring data protection and privacy for consumers
Current task force for 2013:
• Standards for smart grids
• Data protection, privacy and cyber-security
• Regulatory recommendations and market models
• Smart grid infrastructures

Where can entrepreneurs find opportunities to contribute to smart grid?
Proactive entrepreneurs (ICT vendors and suppliers) can take competitive advantage from the rollout of smarter technologies in many areas:
• Suppliers continue developing and offering applications to their customers to self monitor and manage their consumption
• Some players will become more value added energy services providers
• Retailers will increase marketing of flat rates package
• Analytics will play a pivotal role in predicting customers’ churn and insolvency
• Customer care and billing systems will need to strongly support rating/quotation and billing flexibility, speed in time to market, strong reduction of cost-to-serve and acquire
• Only few utilities will be equipped to fully leverage the potential of social media

What is the value of smart grid to consumers?
The implementation of smart grid and smart metering systems represents a significant financial and technological challenge – one that will, once completed, provide benefits that include limiting increases in electricity prices for end users through the use of new competitive market mechanisms; strengthening energy security; reducing energy consumption by adapting delivery according to individual household’s energy needs; and simplifying procedures for changing energy distributors.
Moving from the grid to the consumer, IDC Energy Insights’s predicts that consumer engagement will be the name of the game.
In the last year we have repeatedly heard utilities mention consumers – representing, at least on the surface, a shift in attitude for an industry that has traditionally not paid much attention to the consumer relationship – at least beyond regulatory requirements for minimum service levels.
However, in competitive energy retail markets in Europe, utilities need to work harder to attract and retain customers. And with rising energy prices consumer expectations for improved transparency, better value, and customer service are growing. When you factor in smart meter mandates and energy efficiency regulations the pressure to engage consumers - who will ultimately be paying for smart meters – increases further.
Moreover, DSOs are recognizing that in order to realize the benefits of smart grid technologies, they need to influence consumers to change their consumption behaviour. In parallel to developments in the energy industry, growing availability and use of connected devices, especially the increasing use of smart phones is opening up potential for new energy management applications and services, and revenue streams.
In 2013, I expect to see a growing number of utilities looking to offer “smart” energy services to improve customer acquisition and retention. Initially services will be targeted towards providing consumers with more accurate billing and transparency, greater online access, or access via smartphone - with additional reporting and analytics based advice-tools.
Energy on its own might not be considered exciting enough to attract consumers, but we will see further convergence between home automation and home energy management with the launch of various home monitoring, control and automation platforms.

What will smart grid looks like in near- and long-term future?
A fully intelligent grid model in CEE is still largely at a conceptual stage of development. However, a concerted effort toward a full rollout of smart metering over the next nine years will make the creation of an intelligent grid commercially feasible. As a result, the need will be greater for advanced analytical systems for real-time analysis of the grid and the elements that interact with it: smart meters, generators, line sensor data, geographic information systems (GIS), end users (customer relationships management data), weather data, a mobile workforce, and, eventually, other utilities.
In the short term, only a fraction of the potential number of smart meters will be deployed in CEE, focusing on consumer monitoring of consumption and remote meter reading. However, it is expected that, as competitive pressures increase, utilities will begin to use the full potential of smart meters and their more advanced features, such as customer profiling, in-home display units, differential tariffs, and the ability to control smart chip-embedded appliances remotely. As other utilities (e.g., water and gas suppliers) begin to introduce smart metering, opportunities will arise to integrate metering devices.

What innovations are you seeing in smart grid technologies?
Over the last couple of years, we have seen the shift in smart grid towards Distribution Management Systems and the growing trend towards investing in Advanced Distribution Automation. In 2013 I expect to see continued attention in this area - but with greater emphasis on enabling network and business flexibility. There are a number of factors which are driving this.
Firstly, capacity of renewable and distributed generation is increasing. In particular in Europe, both are expected to continue increasing as member states reach their 2020 targets. This is changing the generation mix, and the proportion of new generation capacity that is entering the grid at the distribution level, putting new pressure on how the grid can be managed.
In fact, for European utilities being able to integrate distributed/intermittent renewable energy is the major priority, rather than for example, preventing outages, which is in contrast to some other regions, including parts of the Middle East or N. America.
At the same time availability of new technologies is opening up the potential for demand-side management. According to IDC’s forecast based partly on our utility surveys, Utility IT spend on Network Automation and Control in EMEA will grow 8.1% in 2013, with network operators seeking to gain greater visibility.
We will start to see more and more microgrid deployments, even if remaining at the pilot level, as network management solutions focus more on decentralized intelligence.
And the Virtual Power Plant (VPP) concept of aggregating medium-small scale capacity, which is already a commercial offering, and is being deployed in countries such as Germany, will move from being primarily aggregators of generation capacity, to become more demand-oriented, also including loads and energy storage, with the goal of enabling flexible management of distribution networks, new business models and commercial arrangements.
Utilities in Europe, are also preparing for a future with Electric Vehicles - even though wide-scale deployment of EVs is taking longer than expected - it is still considered an eventuality - and there will continue to be pilots and trials experimenting with both V2G as well as G4V solutions.
Finally, regading the communication technologies being deployed – in the long run, European utilities will favour multi-vendor, open- standards based solutions and although it’s not yet a closed book, Zigbee has a head-start in Europe.

What is the most important message that needs to be communicated to the industry about smart grid?
Although the advanced intelligent grid is still only a grand vision for the future, utility companies need to be prepared to exploit its full potential when it becomes a reality. It is not too early to consider how information is going to be collected, stored, and analyzed and what IT investments will be required to exploit this information. IDC Energy Insights recommends incorporating development into existing maintenance and upgrade strategies in order to maximize the cost-to-benefit ratio of IT investments.
Utilities should try to avoid shortsighted decision making and create a long-term vision with respect to IT investment. Investments must enable upgrades to systems, especially during the early years of implementation, when industry standards, regulations, and protocols are not yet finalized.
The changeover of almost the entire measurement system will not be a simple operation for utilities and their suppliers to implement. A focus on human resources is therefore absolutely critical. In addition to financial resources, utility companies will need highly skilled workers, particularly for the management of data. Grid operators will have to co-finance investments, with some of the funding coming from the EU.
Utilities need to explain the rationale behind smart metering to their customers. In order to convince them, utility providers must communicate with consumers in layman terms and have appropriate mechanisms in place, for example, by providing their customer service centers with all the information they need about the added value of new metering technology and the reasons for the modernization of electricity grids. The installed meters should give customers value-added services and feedback tools in the form of displays, web sites, and/or information on television and mobile devices.