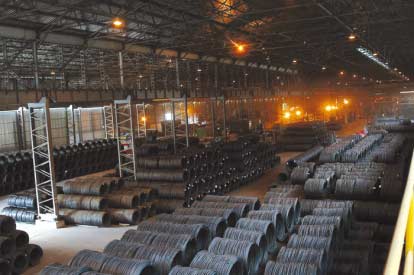 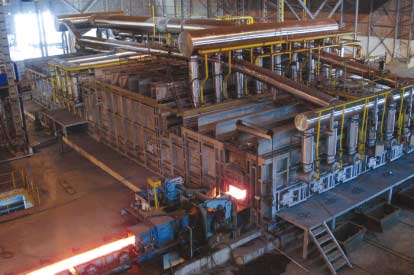 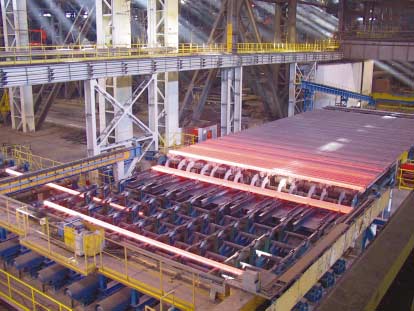 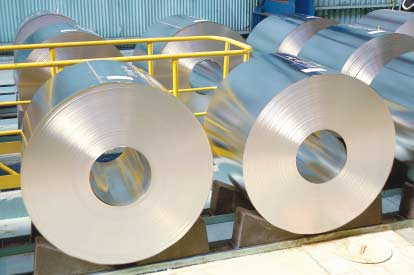 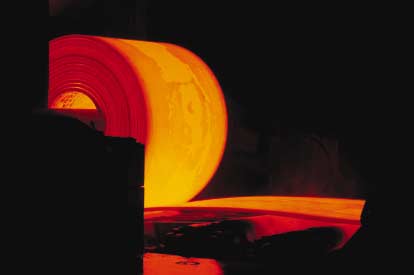 Turkey is a major player in world steel production and exportation. The country has a proven track record of producing quality products to meet market needs, of investing in and expanding flat products production capacity, and developing new technologies.

The Turkish steel industry has seen considerable innovations over the past two decades, reflecting a commitment to respond to evolutions in world steel markets. The steel industry in Turkey has witnessed consistent growth over this period, expanding exponentially over the past five years in response to strong world demand for quality steel products. With its long Mediterranean coastline, Turkey is uniquely positioned to service European steel markets quickly and efficiently.

The liberalisation of economic activities in Turkey during the 1980s was a turning point not only for the development of the Turkish economy as a whole, but also for the iron and steel industry in particular.

The 1980s inaugurated a period of great progress for the Turkish iron and steel industry, which began with the establishment of electric arc furnace mills. Progress has continued apace, and today Turkey counts 24 electric arc furnace mills (EAF) and 2 induction furnaces, with a capacity range from 200,000 to 5 million tonnes, and its 3 BOF plants  have capacities ranging from 1.5 to 3.5 million tonnes.

Today, all steel production companies in Turkey are privately held, and Turkish steel makers continue to pursue technological developments in to enhance long-term viability of the industry in the global marketplace. The Iron & Steel industry has become one of the most developed sectors in Turkey and today counts as the third largest contributor to the Turkish economy.

Investing in Production
Turkey’s steel production capacity has been consistently rising since 2005. During the last few years many projects started production especially in flat products segment. There are also projects being considered currently for establishing new capacities and modernization of the existing capacities, which will contribute balancing Turkey’s flat and long steel production-consumption structure

Turkey’s growing eminence in the steel world is not just thanks to the considerable expansion of production, but also to the significant investments made in innovative and state-of-the-art production methods and technologies.

For example, Colakoglu Metalurji has invested in the world’s largest and most productive electric arc furnace producing steel from scrap metal. This allows the company to implement an economical mini-mill concept for the production of flat steel products.

Similarly, Borcelik Celik Sanayii Ticaret is increasing the rolling and processing capacity of its cold-rolling mill complex at Gemlik, which includes the supply of a new reversing mill and galvanizing line as well as upgrading of the existing pickle line. Production has commenced at the steel mill and will allow the company to increase its output of processed products from 900,000 to 1.6 million tonnes per annum.

Export
Turkey’s total iron and steel exports, including the articles of steel and steel pipes reached 20.3 million tons from 18.5 million tons up by 9.6 % in terms of tonnage and up by 3.3 % to 17.2 billion USD in terms of value. While billet export reached 3 million tons level up by 24 %, flat steel export dropped by 19 % to 1.86 million tons mainly due to the lower export sales to the EU region as a result of the sharp drop in the consumption of the region.

Long steel export of Turkey, which has traditionally been the largest export product group, reached 11.7 million tonnes up by 11.8 % yoy. In the whole of 2012, while long steel accounted for 58 % of Turkey’s total steel export, the share of semis was 15 %, tube and pipes 9.3 % and flat steel products 9.2 %.

Turkey’s total steel export to the Middle East and Gulf Region and North Africa recovered in 2012 partly depending on the stability in the economic, social and political climate of the region.

Import
While Turkey’s total steel import, including the articles of steel and steel pipes, increased by 10.8 % to 11.84 million tons in terms of tonnage, value of import dropped by 5 % to 11.23 billion USD due to the fall in average price levels.

2012 import data show that Turkey’s semis import soared by 56 % and flat steel import stayed at high levels of 2011 despite production capacity well over the demand.

When steel import is analyzed in terms of regions, it is clearly seen steel export of the EU to Turkey increased by 16.7 % to 5.2 million tons in terms of tonnage and reaching 5.5 billion USD export value, while EU imported less steel from Turkey.

Turkish Steel in the European Union
The European Union is Turkey’s third most important export destination, after the Middle East, and continues to grow as an export market. In terms of absolute values, the EU accounts for $2.16bn worth of Turkish steel exports.

Much of the growth in demand comes from new EU member states as well as sustained demand for steel products in core industrial sectors such as construction, automotive, mechanical engineering, white goods, tubes and shipbuilding.

The group is one of the major players of iron and steel industry with industrial facilities in Turkey and Romania and also owns 80% of iron ore reserves in Turkey.

Acquisition by OYAK, one of the biggest groups of Turkey, on February 27, 2006 is the most important milestone in its corporate history. Subsequently, the centralization of the common functions in separate subsidiaries of Erdemir Group has strengthened the position of Group in the sector under the principle of sole economic unit and single framework.

ICDAS
ICDAS is producing steel bars and high alloy steels since 1970, is the biggest "private sector" steel producer in Turkey based on production capacity.

ICDAS A.S. has nearly 10.000 employees, when the Group’s affiliated companies are taken into consideration. The company is currently pursuing its production activities in Canakkale.

COLAKOGLU DIS TICARET A.S.
Colakoglu Dis Ticaret A.S. has exported iron and steel products to more than 70 countries from 1983 up to date and has taken its place amongst the special exporter firms of Turkey.

Since 1983, it was awarded by numerous Certificates and Medals by the Chamber of Commerce, Exporters Union and similar Associations, it was registered in. Colakoglu Dis Ticaret A.S. is the holder of "OUTSTANDING EXPORTER AWARD" given by the Istanbul Chamber of Commerce due to the continuous export performance from 1984 up to date.

PROMEKS
Promeks was established in 1990 by a group of steel professionals. Initially, Promeks concentrated its operations in Turkey where it quickly became a leading exporter of Turkish steel throughout the world as an agent of major international steel traders.

Building on this foundation, Promeks began to trade on a principal basis and became a major trading house in Turkey. In recent years, in view of the accelerated flow of material from the mills located in China to the international markets, Promeks started a comprehensive trading program in China which has so far helped to develop its share of the exports from this country.

Simultaneous with its expansion into the Far Eastern markets Promeks developed trading operations in the field of other commodities primarily related to the steel industry (such as scrap, pig iron, etc.) as part of its strategy to be a regular supplier for major steel producers throughout the world. Today Promeks is one the major independent steel traders in the region carrying out operations worldwide.

Tezcan
Tezcan entered into the business in 1983. It is the only integrated private owned flat product mill, which includes cold rolling, galvanizing and painting lines within the same facility.

A new era was introduced in the sector by bringing the latest technology, known as the "sendzimir" process to Turkey for the first time in 1999. Continuously carrying on with its investments on integration, Tezcan has doubled its capacity through its new rolling mills which became operative in 2005.

Together with these lines and the new pickling line, the raw material type has changed from cold rolled full hard coils into hot rolled coils. This has made Tezcan become less dependent on its raw material. As another result of the integration, Tezcan has again become a pioneer in this field by using the "Hicon" system annealing facilities.

Controlled cooling (Tempcore) process attains high strength levels in the reinforcing steel bars together with an increase in the weldebality of the material as the maximum carbon equivalent is reduced.