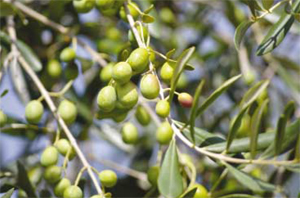 Turkey’s leading oil producer and marketer Marmarabirlik will begin producing electricity from olive waste. The company’s project for waste-to-energy conversion, which was funded by the Scientific and Technological Research Council of Turkey (TUBITAK), started as a research and development study two years ago and was completed in April 2015.

Marmarabirlik’s treatment and energy production facilities are build on a 2,5 acre area in the Marmarabirlik integrated plant and will produce around 2 million kilowatt hours of electricity, according to the company. The plant was officially inaugurated in September after successfully passing tests earlier this year.

A gasification system will convert waste oil juice and brine to electric energy with a capacity of 4,000 tons of olive waste per year. The project is said to have 87% efficiency and thus produce no waste. Based on the expected revenues the plant will obtain, it will be able to pay for itself in three years.

Marmarabirlik chairman Hidamet Asa announced that the company’s project is the first of its kind in the world and has already begun attracting representatives of international brands.