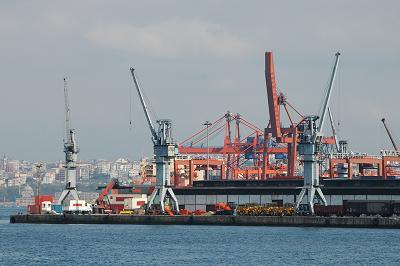 What is important for the today’s Turkish market? First of all, this is the huge and growing domestic market (about 72 million) and face to turned to high-income European markets (about 600 million), emerging Russian, Caucasian and Central Asian markets (approximately 250 million) and diverse and expanding Middle East and North Africa markets (approximately 160 million). The geographical advantage of Turkey is easy to notice – on the middle of ‘Eurasia’, the crosspoint of three world regions - Europe, the former Soviet Union and the Middle East. One of the most exciting reasons for investors in Turkey is the possibility both for export as well as for domestic market.

After the last financial crisis in 2001, the Turkish economy is growing and according to the government economists the growth will be around 5% per year within next 2-3 years. Still there are a lot of internal problems – at least not unique on Balkans – political instability, high inflation and unemployment, etc.

In 2005, according to the data of Turkish Undersecretariat for Foreign Trade, the country export was 62,1 billion EUR. The main export direction was EU members – a little more than half of the national export. SEE countries take just 0,06% of the total volume, less than US which take more than 6%. The major export partners of Turkey for the same year were: Germany, UK, Italy, USA, France, Spain, Netherlands, on the other hand – Iraq, Russia, U.A.E and Romania.

For 2005 the total amount of the imported products is 98,5 billion EUR. The top sources for import are almost the same destinations as for export with the difference in the percentages – EU 39,10%, South-Eastern Europe 0,04%, US 5,10%. Bigger deliveries in Turkey realized companies from Germany, Russia, Italy, of course China, France, USA, UK, Spain, South Korea and Japan.

What does Turkey export the most? The biggest percent of Turkish export takes machinery and transportation equipment (almost 30%). Interesting, but the same products are on the top of the list for the import of commodities (32,6%).

According to the official sources the biggest companies with a foreign share in Turkey are in three main sectors: Manufacturing, Financial intermediation and Transport, storage and communications. And with little exceptions – are European. According to equity capital, these are as follows:

The Turkish vehicle manufacturing is one of the fastest developing industries in the country. Formerly highly protected domestic oriented industry with just few players it becomes competitive and more and more export-oriented sector. Nowadays Turkey exports automotive products for more than 9 and a half billion US dollars, which was the level for 2005. Other clear examples in numbers for this industry success in numbers are: around 1 million vehicles per year, 85.000 passenger cars and commercial vehicles exported in 1999, compared to near 560.000 in 2005, currently employing over 630.000 people.

In terms of its connection to GDP the automotive industry marks third place among the largest industries in Turkey, after food and textiles. It is the second largest exporter after textiles.

According to the Automotive Manufacturers Association of Turkey there are five passenger car manufacturers in Turkey: TOFAS, OYAK Renault, Hyundai Assan, Toyota and Honda. The automobile parts industry has also grown rapidly as a consequence of the developments in the automotive industry.