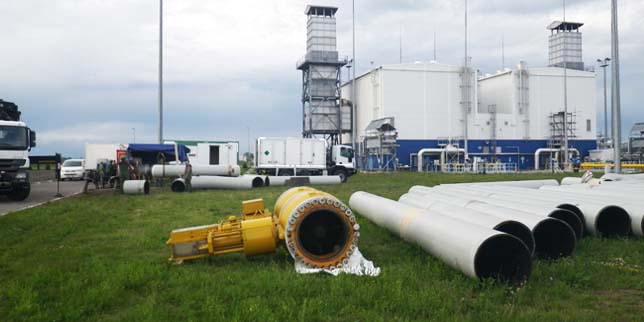 The General Manager from the Transgaz National Gas Transport Company - Ion Sterian and Rastislav Nukovic, General Manager of Eustream, announced the signing of a memorandum of understanding regarding the development of the Eastring gas transport corridor on the two countries’ territories, according to a press release of Transgaz sent to the Bucharest Stock Exchange (BVB).

Eastring is a project for the construction of a transport corridor through the territories of Slovakia, Hungary, Romania, and Bulgaria, providing an opportunity for bi-directional supplies of natural gas from alternative sources.  By signing the agreement the parties also express their readiness for the joint cooperation with other transport systems operators in other partners’ counties (in view of investigating the possibilities for developing Eastring on Romanian and Slovakian territories).

Transgaz’s general manager expressed his confidence that Eustream’s openness to collaboration with the company will yield favorable outcomes in terms of regional cooperation by facilitating the proper conditions for the integration of the gas networks. Mr. Ion Sterian underscored the positive perception and appreciation the Slovakian partners enjoy in Romania and expressed his confidence that the openness manifested by Eustream a.s. in developing the collaboration relation with SNTGN Transgaz SA will yield positive results, by creating and harmonizing the conditions for the development and integration of transport networks in the natural gas domain and in the energy domain in general.

The Slovak peers highlighted the joint objective to increase the safety of supply at the European level and the need to have a solid base for further achievements to be made by the gas transmission system operators of Slovakia and Romania. Mr. Ion Sterian’s vision, the approachement between Transgaz and Eustream will facilitate the technological expertise exchanges in domains such as design and research, operation and development of transport systems, the dispatching of natural gas, the pipelines’ maintenance, the implementation and modernization of SCADA, the transposition of the EU legislation and regulations in the energy field, the release further reads.