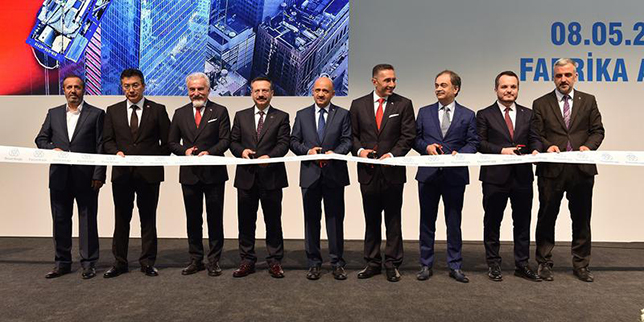 Germany’s Thyssenkrupp Elevator opened an escalator production facility in Kocaeli, Turkey, as part of a EUR 20 million investment. This investment positions Turkey as a central hub in escalator exports to the region, commented officials from Turkey’s investment agency.

The installations by Elica-Elevator optimize the manufacturing processes

“Thyssenkrupp’s investment indicates Turkey’s significance in the eyes of foreign investors. With an initial annual capacity of 1200 units and initial localization rate of 50% and up to 90% at later stages, the facility will lessen our dependency on imports,” underlined ISPAT President Arda Ermut during the official opening ceremony.

“Having operated for many years via its sales office in Turkey, Thyssenkrupp once again demonstrates its confidence and commitment to Turkey with the inauguration of this facility. We will not only expand, but we will also drive other Turkish companies to grow,” in turn said Thyssenkrupp Elevator Turkey’s CEO Turgay Sarli.