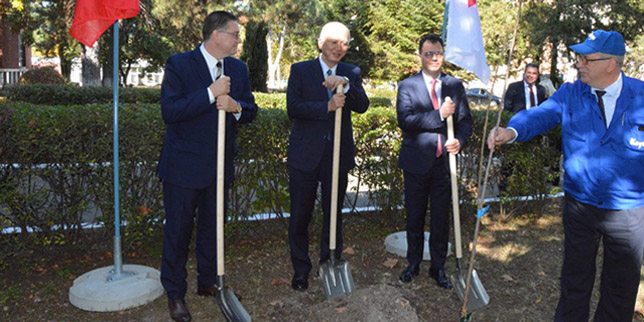 During a meeting between the Romanian minister of business environment, commerce and entrepreneurship Stefan-Radu Oprea and Tetsuo Agata, president of the Japanese JTEKT Corporation in Romania, the Asian manufacturer announced its plans to further invest in the country. JTEKT intends to expand the production capacity at the Koyo bearings factory in Alexandria.

Next generation of machine technologies at Bumatech Bursa

TMTS is growing in popularity, Taiwanese machine builders are on the rise

Slovenia’s Hidria was named a preferred supplier by Bosch

The bearing factory has been operating since 1971, producing its first bearings in 1974. In 1998 Koyo Seiko bought the majority of the company’s shares, becoming “Koyo Romania SA”. In 2006 the company put a focus mainly on the bearings in the auto industry, and in 2009 it put into operation four continuous assembly lines. JTEKT Corporation, headquartered in Osaka, Japan, has global operations in Europe, Asia, the US and Latin America.