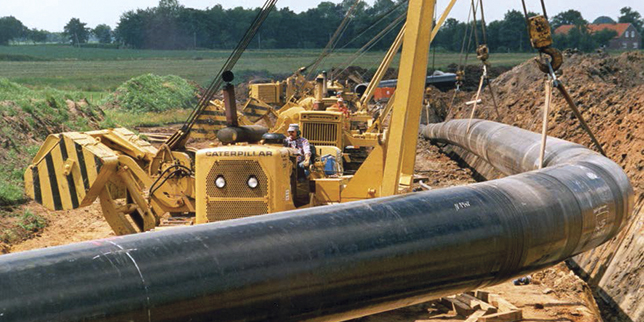 The European Commission (EC) has approved the Host Government Agreement between the Trans Adriatic Pipeline and Greek authorities, concluding that it is in line with EU state aid rules. Serving as a European leg of the Southern Gas Corridor, the Trans Adriatic Pipeline will connect the EU market to new gas sources and will additionally improve the security and diversity of EU energy supplies with no disturbance of the competition in the single market.

"Today’s decision opens the way for a multi-billion infrastructure project in Greece. The Trans Adriatic Pipeline will bring new gas to the EU and increase the security of energy supply for Southeast Europe. The investment incentives offered by the Greek Government are limited to what is necessary to make the project happen and in compliance with state aid rules," commented the Commissioner in charge of competition policy Margrethe Vestager.

The Trans Adriatic Pipepile has an initial capacity of ten billion cubic metres of gas annually and is planned to start transporing gas from the Shah Deniz II field in Azerbaijan to the European market in 2020. The infrastructure will extend from the Greek border via Albania, to the Adriatic Sea and then Southern Italy, where it will connect to the Italian gas transportation grid. The joint venture consisting of several energy companies - the Trans Adriatic Pipeline AG (TAP) - is the builder and operator of the pipeline. The company will be investing EUR 5,6 billion over five years in the project, of which EUR 2,3 billion are planned for Greece.

The Greek authorities and TAP completed a Host Government Agreement, which sets out the way in which TAP will construct and operate the pipeline. The agreement also defines the respective obligations of both parties and in particular, it provides TAP with a specific tax regime for 25 years from the start of the commercial operations. This gives the company the possibility of gaining an economic advantage over its competitors who would not have any specific tax regime agreements, and therefore involves state aid in the meaning of the EU rules.

The measure has been assessed by the Commission under its 2014 Guidelines on the topics of state aid for energy and environmental protection. These guidelines constitute the exact conditions that must be present for such an aid to be considered compatible. The central, most important condition is that the measure must further objectives of common interest.

On these grounds the Commission found that the Trans Adriatic Pipeline will contribute to the further diversification of European energy supply sources and routes, as it will bring gas from the Caspian Sea region and potentially the Middle East to the EU. Thanks to the extra volumes of gas and new supply route, the competition on the European gas market will be increased.

The commission additionally concluded that the construction of the pipeline will require substantial direct investment over several years before any revenue will be generated. Since the project will be funded entirely by private investment, it is expected to generate revenues in its Greek part only from the tariffs paid by clients shipping gas on the pipeline. This means that the project would be unlikely to be carried out without aid in the form of a specific tax regime. According to the tax regime agreement, whether tax rates increase or decrease, TAP will pay more or less tax than it would without the aid. If the rates increase then the aid will be limited to the minimum tax benefit for TAP.

This particular scheme limits the maximum benefit for TAP via a built in adjustment mechanism. If the Greek equivalent applicable tax rate were to rise or fall beyond 20%, the adjustment mechanism comes into effect and TAP’s contribution is recalculated. This process is to be monitored by the Greek authorities in order to ensure that project complies with the methodology and therefore the aid is restricted to the minimum necessary amount.

EBRD is providing a 58 million euro loan to support finance the construction and operation of the 105 MW Bajgora wind farm in the north part of Kosovo. Learn more...

Electromobility is one of the fastest growing sectors in today`s economy. In South-East Europe it is also developing but at a slower pace in comparison to other parts of the continent....