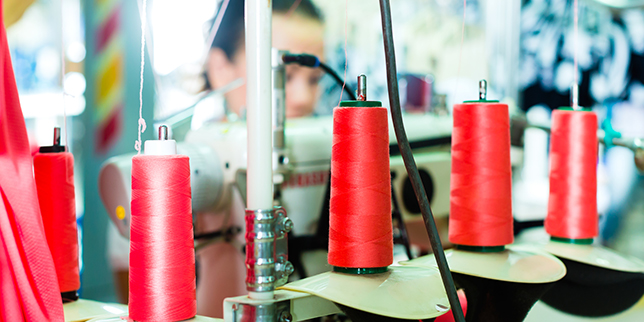 Textile and apparel production in Serbia has a long standing tradition and for many years has been one of the main export industries of the country. Nowadays, around 1800 active companies with more than 43 000 employees operate in the Serbian textile according to data by the Development Agency of Serbia (RAS).

In 2014, the export of the textile sector in the country reached the value of 1,2 billion dollars, which was a rise of about 8% compared to the previous year. The textile production and garment industry generated USD 853 million or 72% of this export, which represents a rise of 7% in comparison to the same period in 2013.

From 2001 to 2014, the growth of exports for the textile and clothing industry in Serbia rose from USD 228 million to the staggering USD 853 million, which represents a growth rate of over 374% in 13 years. Heavy and light garments for all ages, knitted garments, sportswear, jeans, children clothing and baby equipment, work clothes and uniforms, underwear, socks, home textiles, carpets, are only some of the programs for which Serbia’s textile and clothing manufacturing industry has a significant production capacity.

Manufacturers of the sector are located throughout the whole country, but some areas are more densely occupied and known for big production volumes. For example Arilje, a town in Western Serbia in the Zlatibor District, houses the production capacities of about 100 companies in the apparel sector, particularly producers of underwear, T-shirts and sweat suits.

The central part of Serbia is more preferred by larger producers of light and ready-made clothing, while Southern Serbia, especially Leskovac, Vranje, Pirot, is populated by many manufacturers of work clothing, pants, jackets, but also cotton and synthetic yarns. Novi Pazar, a city and municipality located in Southwest Serbia in the Raska District, has its economy dominated by the apparel industry, which is specialized in the full package production of denim products in large capacities.

Traditionally, Serbian companies provide quality CM and CMT (Cut-Make-Trim) services, mainly for well-known brands like Dolce & Gabbana, Patricia Pepe, Schiesser, Gucci, Hugo Boss, Valentino, Tommy Hilfiger and many more. This type of cooperation dates from Yugoslavian time and is the simplest one – the manufacturer cuts and sews fabrics following concrete customer specifications. Because of the great cost-benefit ratio of Serbian manufacturers and reasonable subcontracting costs, CM/CMT services are still very popular in the present time and represent one of the most common forms of cooperation within the Serbian textile industry.

However, there is an increasingly growing interest by a great number of Serbian companies to extend their services toward Original Equipment Manufacturing (OEM) and Original Design Manufacturing (ODM), which would include not only the purchasing of raw materials for the customers, but also the design of the collections for their target groups.

Using data from the database of the Development Agency of Serbia (RAS) regarding the textile sector, as well as information from each company’s official website, the current issue of the South-East European INDUSTRIAL Market magazine presents a brief overview of some of the prominent players on the Serbian textile market.