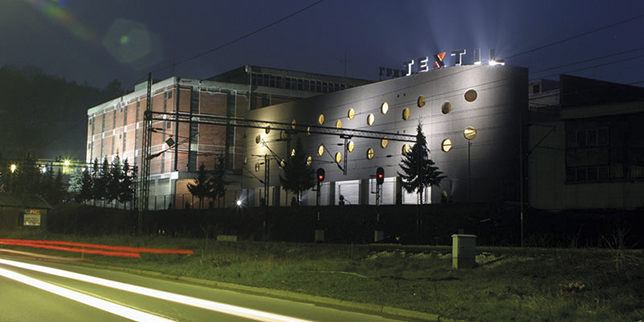 Texil was established as family business in the third decade of the last century, but it’s modern name and trade identity became a fact later, in 1991. Just a couple of years after that Textil opened a warehouse in Belgrade and then an office in China.

“Young and creative, the team leads the company to a continuous business increase and clear modern designers’ approach,” writes the company on its official website.
Textil’s current headquarters were built in 2007 and received an award for exceptional achievement in architecture by the Salon of Architecture and Architectural Chamber. Today, the company cooperates with most local brands and has a new office in Belgrade’s GTC Plaza business centre.

“We believe that textures and colours must be experienced both tactile and visually. In the encounter with the world of textile, we will lead you though natural, ecological, and supplementary materials”, adds the company.