Techniques for measuring with non-linear sensors 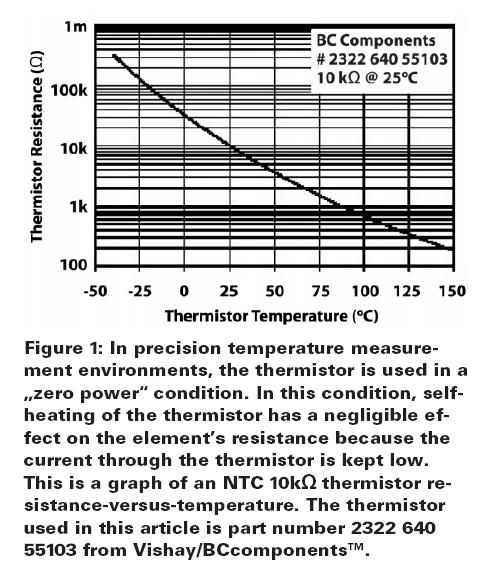 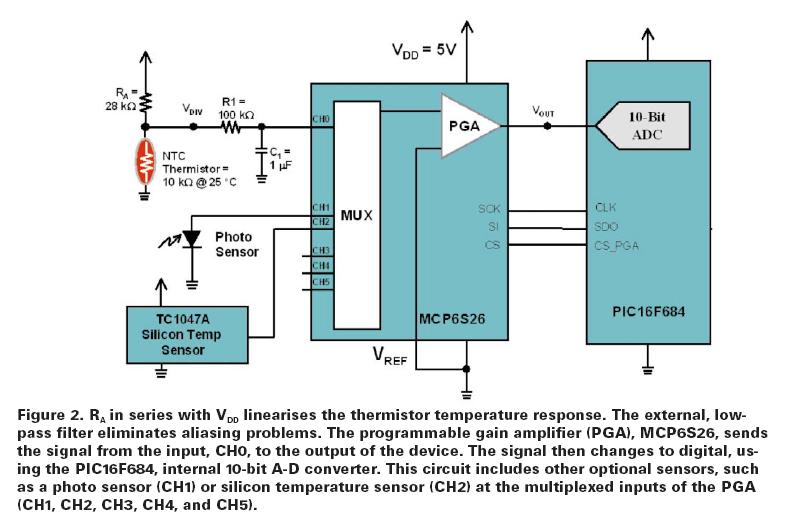 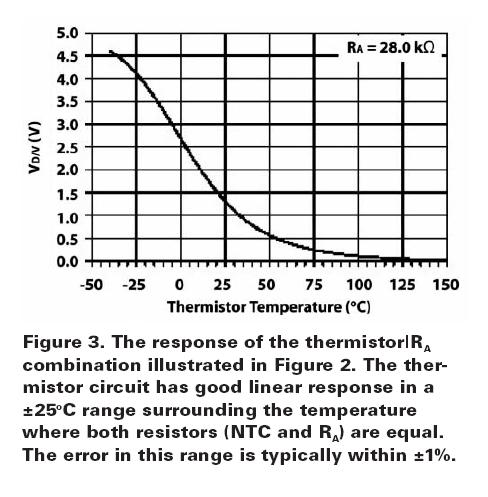 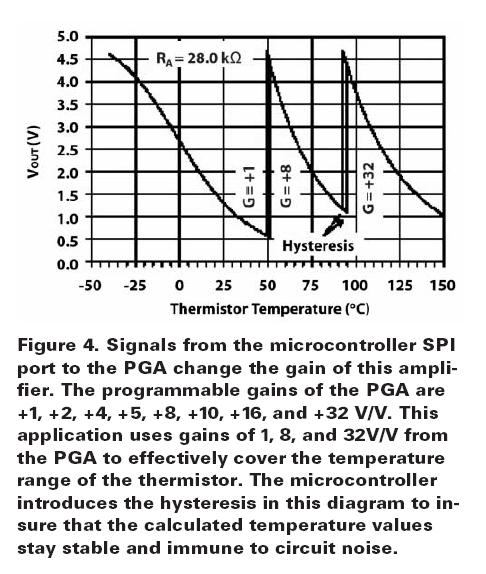 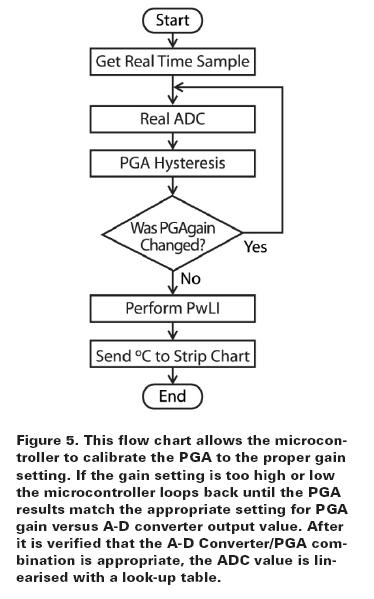 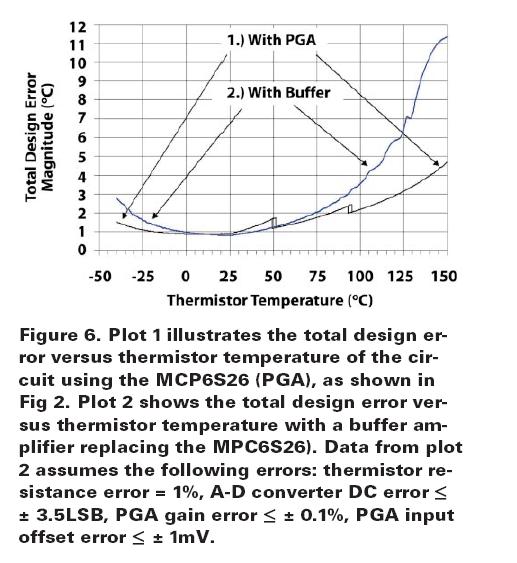 A sensor with a non-linear output need not be difficult to deal with if all that is needed is coverage of a small portion of the output range. In such a case, it is possible to set up a simple, piecewise linearisation algorithm in a microcontroller or microprocessor. If a wider part of the output range is required, analogue linearisation circuits can be used. For example, a resistor in series or parallel with a (non-linear) thermistor will linearise a portion of the output. With a thermistor, this linearised portion is usually ±25°C (10-bit accurate) around a centre-point that has been designed into the circuit. The centre-point of the thermistor response can be trimmed by changing the value of the added resistor. These circuit techniques can usually help the designer to capture a wider (but not total) range of the sensor output.

Hardware techniques such as these are sufficient for many applications, but if the design needs to make use of an even-wider part of the output range versatility can be added to the circuit by using the programmability features of a microcontroller and programmable gain amplifier (PGA).

A thermistor is a resistive element, so current excitation is required, from either a a voltage or current reference. The performance of the thermistor in Figure 1 is reasonably repeatable as long as the power across the device is kept below the power dissipation capability of the package. If this rule is broken, the thermistor will self-heat and artificially decrease in resistance, giving an inflated temperature reading.

Figure shows the high degree of thermistor non-linearity over temperature. This can be corrected with a look-up table in the microcontroller. This will require a high-resolution converter. Alternatively, hardware linearisation techniques can be applied before digitisation.

A very simple, but effective, linearisation technique is to put a resistor in series with the thermistor and power supply, as shown in Figure 2. This circuit shows a straightforward way to excite the thermistor with a current source and measure the change in resistance.

This excitation method ensures that the thermistor current is low enough to prevent the dissipation constant of the thermistor from affecting the accuracy of the system. If the PGA is set to a gain of +1V/V or replaced by a buffer amplifier, this circuit can be used to sense a limited temperature range (approximately ±25°C). This range is not restricted by the amplifier, but by the linearity of the voltage divider formed by the thermistor|RA combination. Temperature measurements over larger ranges have voltage deltas that are too small to convert accurately into a digital word, unless a higher resolution A-D converter is used.

It is clear that, in this example, 10-bit A-D conversion is inefficient over the full temperature range. It is possible to increase the resolution of the A-D converter or switch several resistors (RA) into the circuit, but both of these options add cost and complexity. A third option is to keep the components as they are in Figure 2 and use the gain programmability of the PGA.

A close inspection of the thermal response in Figure 3 shows that granularity is lost at high temperatures. If the gain of the PGA is increased at these higher temperatures, the output signal of the PGA back will be brought back into a range where the A-D converter can reliably identify temperatures.

When the PGA gain and A-D converter values are known, both are passed to the piecewise linear interpolation routine (PwLI). The microcontroller references the correct look-up table, per the PGA gain setting. The PwLI routine converts the 10-bit A-D converter value into a 16-bit fixed decimal point Celsius value. The fixed decimal point format reports Celsius in tenths of a degree. Figure 6 shows the accuracy of this system.

Obtaining reliable data from a non-linear sensor has always been a design challenge. Linearisation may be a relatively simple task until it is necessary to tackle the wide, non-linear, response range of a sensor. The combination of a microcontroller and programmable gain amplifier can overcome the non-linearity of a thermistor across a wide temperature range. This technique works well with thermistors, but can also be used on any other sensor that displays non-linear behaviour.