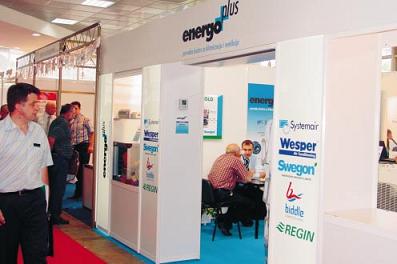 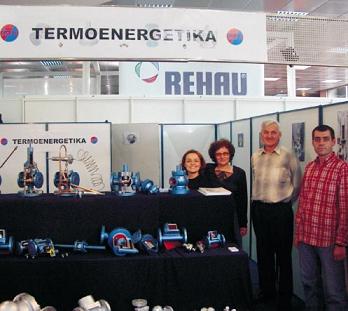 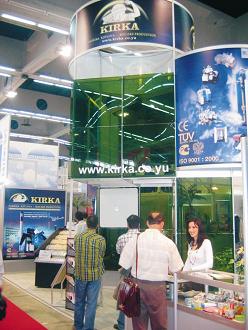 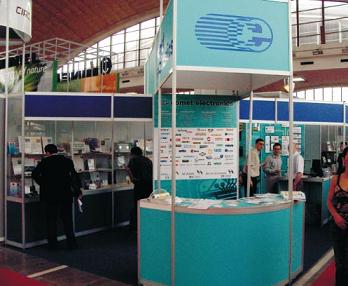 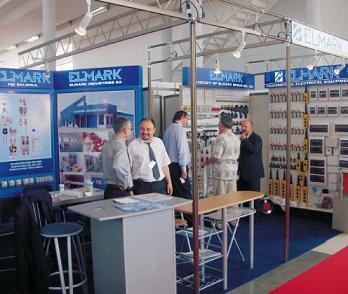 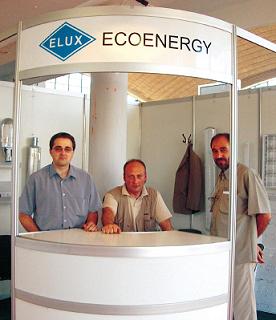 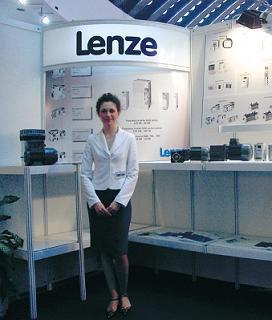 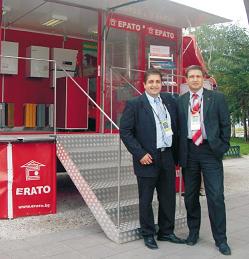 The Technical Fair is the oldest Belgrade Fair event for all the 50 years. It took place from 16th to 20th of May, gathering many international companies, to find out what new is in the technique and technology world. “The importance of this event is confirmed also by the fact that the Technical Fair was the nucleus of other fair events, among which the Car Show and Building Trade Fair,” said Belgrade Fair Director, Mr. Andjelko Trpkovic, announcing this year’s jubilant Technical Fair.

In addition to this jubilee, the 150th Birth Anniversary of the great Serbian and worldwide scientist Nikola Tesla was celebrated at the Technical Fair as well.

Exhibition booth and complete fair result of Company Metalka Majur was very near to get award for marketing approach to this fair. Proffesional jury of Belgrade fair awarded “Royal” new product range of switches and socket-outlets with special award “Step into the future”.

Special attention of visitors during Belgrade fair was pointed to new range – miniature circuit breakers, which will start sales during this summer. With this range, Metalka Co. aims to increase sales in new market segment of MCBs.

This was the 3rd participation at Belgrade technical fair for Energo Plus Co. “We are sure that this one was the most successful for us. We head about 50 contacts in a day, where more than half of it were new contacts. We expect positive results and for sure we will exhibit again,” said Mr. Alexandar Kojic, director.

Serbian Company Termoenergetika is manufacturer of steam trap and control valves. “Company was established 15 years ago and we have been at Belgrade Technical Fair as exhibitors for 10 years, and we are also present at Technical Fairs in Bosnia and Herzegovina, Macedonia and Bulgaria,” said Mr. Dimitrije Djordjevic, manager.

“Serbian government has to do a lot of things to increase production in our country. There were a very small number of domestic companies who produce something but majority of exhibitors was trade and representative companies. If we want to move forward we have to do something to change that (stimulations for producers, tax free, etc.),” conclude from Kirka-Suri Co.

Co. is a regular participant at all biggest technical exhibition in the region, including the one in Belgrade. Comet Electronics is leader in distribution of electronic components for industrial purposes with commercial offices in Bulgaria, Serbia and Romania.

Group is another regular participant at Belgrade Fair. “This edition has clearly shown the new, positive tendencies in Serbian economy and industry. Very useful meetings were held and they were of mutual benefit for both represented companies and fair visitors. Many potential clients were found at the Fair. We hope that these tendencies will be kept during the following editions of the Technical Fair,” said Mr. Zoran Milosevic, sales manager of the new office of Elmark in Serbia.

This was the first participation at Belgrade Tech-Fair for Elux Co., an industrial enterprise for fluorescent lighting. “Economical problems in Serbia lead to restriction of the lighting market. Despite the huge production capacity, only too small domestic producers are active.

“As some Bulgarian companies manufacturing lighting equipment have a serious share on Serbian market already, Elux aims to find partners for manufacturing in Serbia and to develop sales network using local companies. In this regard we have got some useful contacts, which we hope to lead to a collaboration in the near future,” said Mr. Petko Nikolov, commercial director.

Co. and Elux exhibited at common booth. The aim of Ecoenergia was to get personal impression for the market’s state of industrial, office and street lighting, based on energy-saving technologies. This is the main field of activity of the company.

“My general impression is that, despite the almost even electricity cost in the countries of former Yugoslavia with the one in Bulgaria, significant investor’s interest toward energy-saving technologies in lighting is still to come. Bosnia and Herzegovina is an exception where the share of energy-saving fluorescent lighting reaches similar levels as in Bulgaria - around 30 % of all lighting sales. My explanation for this delay is the recent government-administrated economy dictated of course by the military conflicts. Yet, interest of technicians, fitters and specialists was big. This proves with no doubt that penetration of energy-saving lighting technologies in Serbia is just a matter of time,” comments dipl. eng. Teodor Ganev.

This was the 3-rd time of Lenze’s presentation at Technical Fair in Belgrade. “My impression is that every year fair becomes more important for making a good business contacts in Serbia. This year we have presented our standard delivery program gearboxes, gearbox-motors, frequency inverters but also our new products more-axel servo inverters type ECS and brand new servo inverters type 9400,” said Mr. Miroslav Nikolic, manager of Macedonian office.

“We noted about 200 visitors at our stand. More of them needed only short and general information but we also have about 20 % of concrete inquires. After 3 years of participation we could also detect 40 % of known visitors which came to see if Lenze still exist at this market and what are the new products. We could also detect huge number of visitors that know what Lenze’s activity and delivery program is,” added Mr. Nikolic in conclusion.