Taking the Strain out of Selecting Amplifiers for Gauge Applications 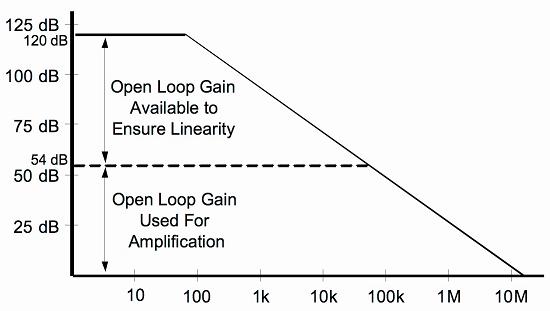 The world of data acquisition is extremely diverse, encompassing measurements of temperature, pressure, humidity, strain and a variety of other physical phenomenon. In addition, these measurements may be required under harsh conditions, such as extreme temperatures, centrifugal forces and electrically noisy environments. System designers must be diligent in not only selecting the correct sensor for their application, but also in designing appropriate signal conditioning to deal with these issues. This article will focus on the signal conditioning required in applications that use strain gauges and, more specifically, the parameters that may affect the selection of the amplifier or amplifiers used in conjunction with the strain gauges.

Before discussing amplifiers and signal conditioning circuitry, it is useful to quickly review strain gauges. By definition, “strain” is an alteration due to an external force. A strain gauge uses electrical resistance in order to quantify the amount of strain caused by an external force. There are several different types of strain gauges, the most common of which is a metallic. This type of strain gauge is composed of a wire or small piece of metal foil. When a force is applied, the strain on the gauge is altered, either positively or negatively, resulting in a change in the strain gauge’s electrical resistance. This change in resistance can then be measured and the magnitude of the applied force quantified.

Even when using multiple strain gauges in a Wheatstone-bridge configuration, the total change in output voltage is relatively small, typically in the millivolt range. Due to the small signal amplitude, a gain stage is usually required before converting the voltage to a digital signal via an Analogue-to-Digital Converter (ADC). There may also be specific noise sources that must be filtered out of the analogue input signal. Some examples of noise sources include power-line hum (either 50 Hz or 60 Hz), mechanical scale resonance or external electrical interference. Finally, any signal-conditioning circuitry must not add significant noise to the system, or else the small output voltage from the Wheatstone bridge will be lost. In summary, therefore, the signal-conditioning circuitry must have sufficient gain, provide proper filtering and be low noise.

Depending upon the output swing of the bridged gauges and the full-scale input of the ADC, the analogue signal may need amplification by 500 times or more. In addition, the circuitry must provide adequate headroom so that the signal does not saturate the amplifier or the ADC. Several factors must be considered when selecting amplifiers to use in a gain stage.

Secondly, the amplifier must have enough open-loop gain to provide the required amplification, while still maintaining performance. For a typical amplifier, the open-loop gain remains constant over a certain frequency range and then begins to roll off at 20 dB per decade. Most general-purpose amplifiers have an open- loop gain of 100 dB to 120 dB. Such amplifiers can handle a gain of 500, as mentioned above, but would probably limit the overall performance of the system.

For example, assume an amplifier has an open-loop gain of 120 dB. Also assume that the bandwidth of the amplifier is sufficient not to be a factor for the frequency of interest, at a gain of 500. A gain of 500 is approximately 54 dB, so 54 dB of the open-loop gain of the amplifier is dedicated to providing gain. The remaining 66 dB is the open-loop-gain margin that is available to ensure linearity, as shown in Figure 1.

This implies that the amplifier is linear to approximately one part in 2000, or about 11 bits. To circumvent this limitation, a system designer can select an amplifier with more open-loop gain. Although such amplifiers exist, they are not widely available and may not be cost effective. Another solution is to use multiple-gain stages to achieve the overall desired gain, such as a traditional two or three amplifier instrumentation topology. Perhaps a better solution would be to use an instrumentation amplifier, which is specifically designed to provide high gain and good performance, and generally has better voltage offset and drift performance relative to a discrete instrumentation amplifier circuit.

Another important parameter that must be considered when evaluating amplifiers for use with strain gauges is the amplifier noise. It is important to note that an amplifier’s voltage noise is input referred, so any gain or attenuation in the circuit will also affect the amplifier noise. Also, keep in mind that an amplifier’s noise may not be constant over frequency, especially at a low frequency where 1/f noise can become the dominant noise source. This low-frequency noise is critical in strain-gauge applications, as the input signal is near dc.

Input-bias current is a third amplifier parameter that is critical in a signal- conditioning application. Bias current is the amount of current flow into the inputs of the amplifier to bias the input transistors. The magnitude of this current can vary from µA down to pA, and is strongly dependent upon the architecture of the amplifier-input circuitry. This parameter becomes extremely important when connecting a high-impedance sensor to the input of an amplifier. As the bias current flows through this high impedance, a voltage drop occurs across the impedance, resulting in a voltage error. For these applications, a low bias current is required.

Strain gauges can vary in nominal resistance from hundreds of ohms up to a thousand ohms. The current running through the bridged sensors is relatively large when compared to the bias current of the amplifier. Unless additional impedance is added prior to the amplifier for filtering or ESD protection, bias current typically does not play a significant role.

Strain gauges are found in a wide variety of applications, from electronic scales to measuring the torque on a steel beam. Each application presents its own design requirements and challenges. When selecting an amplifier to provide signal conditioning, it is imperative to ensure that the amplifier can provide the required gain and still maintain acceptable linearity. Noise is also a critical specification, and must be examined across the frequency band of interest. Finally, the input-bias current of the amplifier may also affect system performance, especially for high-impedance inputs.