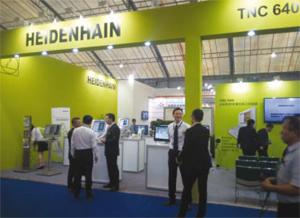 Pre-event conference - 13.08.2014
On August 13 2014 TMBA held a pre-event conference in Taichung, which was attended by journalists from Mainland China, Russia, Poland, Czech Republic, Hungary, Thailand, Philippines, India, and Bulgaria. The only attendee from Bulgaria and the Balkan region was a representative of TLL Media. At the conference cover machine tools imports and exports were reported. After the conference international journalists were invited to visit the factories of some of the best Taichung machine tool manufacturers.

Official opening of TMTS - 05.11.2014
A representative of TLL Media was once again the only attendee from Bulgaria and the Balkan region at the exhibition. TMTS 2014 was officially opened with a special press conference for journalists from all over the world. During the conference, Mr. Carl Huang, President of TMBA, stated that the 2014 show would utilize 3,700 booths which represented a 54% growth compared to 2012. The exhibitor number also grew by 45%. TMTS is an important platform for suppliers and purchasers and is greatly recognized by international buyers. It is estimated that onsite business is expected to reach 6 billion NTD, Huang claimed.

Eric Chuo, chairman of TMBA, announced that the exhibition was held for the third time together with TMBA. 2% of the exhibitors are from abroad. We are expecting more than 3000 visitors from abroad as well. Due to the growing interest we plan in four years to make one more similar exhibition, he stated.

Market development
5-axis machines exhibited at this year’s edition of TMTS are not only a technology breakthrough but also an upcoming market change. Taiwan is willing to participate actively in the aerospace industry, and there, as evidenced by the trends shown in exhibitions in Europe and the US, the machines used are mainly 5-axis. In addition, the technology is new and it requires more of the market, because of the opportunities it provides, Carl Huang pointed out at the official opening of the exhibition.

The event was also attended by the President of China. On a question from the media if that meant that the sector had the support of the state, Eric Chuo answered Yes, the state insists on the development of the sector. Basically our joint efforts are aimed at preparing highly qualified staff, because in fact it was missing until recently. In addition, TMBA for many years has been working closely with universities, since we realize that without education there is no development.