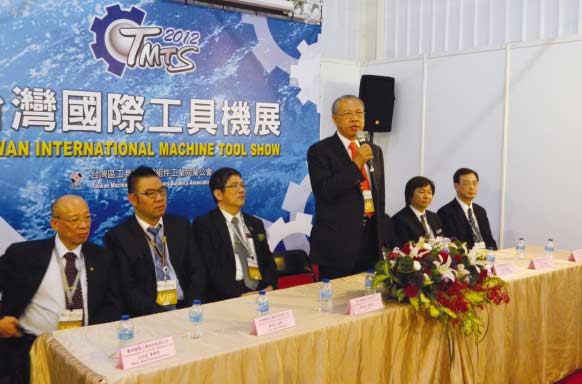 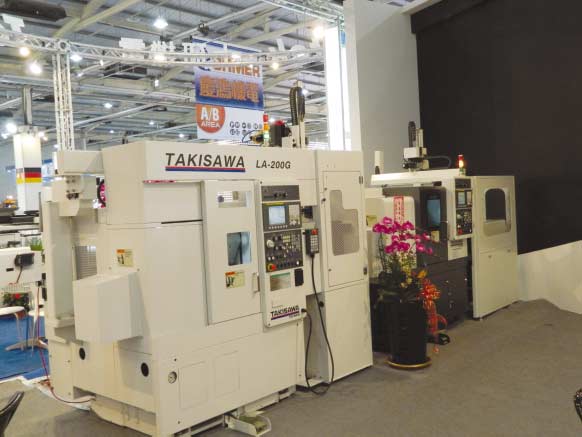 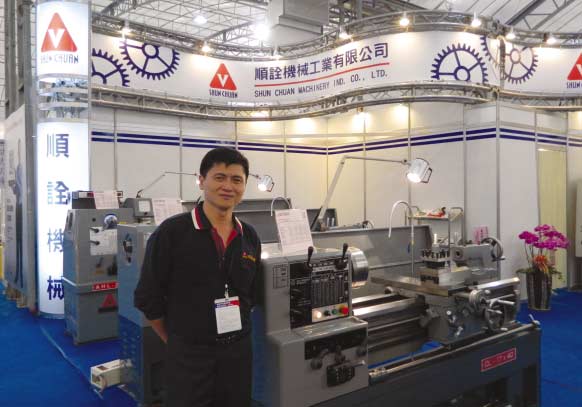 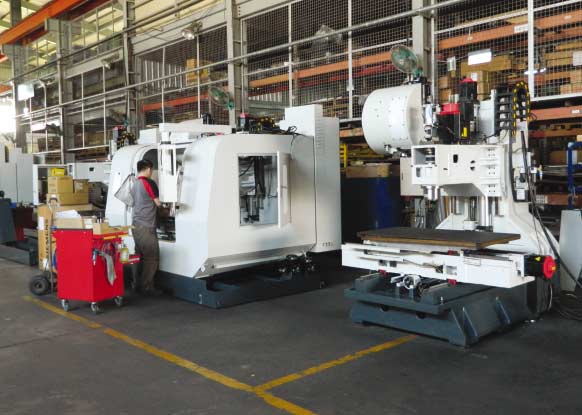 The TMTS (Taiwan International Machine Tool Show) 2012 took place from November 7th to 11th at the "Greater Taichung International Expo Center" in 2012 hosted by TMBA. 475 companies, both domestic and international, attended the 2012 TMTS. The area for the exhibition was over 36 200 square meters, with more than 2400 booths exhibiting all types of high precision machine tools, components, accessories, tools and automation equipment. There was an innovative "Exhibition integrated with Manufacturing supply chain" exhibition style. "There was an 85 percent increase in overall scale, and 30 percent increase in exhibitors contrasted to the last TMTS", the organizers said. TLL Media was the only media representative of Bulgaria and the South-Eastern press at the exhibition.

Through the quality services of the TMTS 2012, and various types of international promotion channels,

"TMTS 2012 was not only the largest international machine tool exhibition in Taiwan this year; it also represented an important trading platform between buyers and manufacturers", commented from the Association. "Despite the ominous signs of global recession and looming European debt crisis, we conservatively expect the order amount will still surpass 4 billion New-Taiwan-Dollars at the exhibition 2012 - a projection doubled from the previous TMTS", they added.

"Taichung was chosen to host the TMTS 2012, so that buyers not only could visit all the demonstrations at the exhibition, but also a visit to the manufacturing plant is possible within a 30 to 40 minutes drive, for a peek into how the Taiwanese machine tool industry crafts the demanded products with ingenuity", organizers said.

To better service the visitors and buyers from all over the world, TMBA provided new product announcements, a purchasing discussion conference and a series of factory visits according to schedule. Apart from visiting the exhibition, buyers and visitors can also experience the industry’s vitality first hand.

Taiwan ranks sixth in machine tool production in the world
In 2011, the Taiwanese machine tool industry was valued at 5.26 billion US dollars, a 35% growth from 2010. Specifically, the export value has reached 4 billiion US Dollars in 2011 - ranks 4th in the world, behind Japan, Germany and Italy.

Despite the sovereign debt crisis in the European Union, and the sluggish global consumer market, the Taiwanese machine tool export value still reached 2.87 billion US dollars from January to August of 2012 - a slight 9.3% growth compared with same period in 2011", TMBA announced.

China is still a major export market for Taiwan, but the market share has dropped to 34% from 43% from 2011. In 2012 the exported value to China is 790 million US dollars from January to June - a 14.5% slump when comparing with the same period last year. USA is the 2nd largest exporting country for the Taiwanese machine tool industry, and the market share has climbed to 12% from 2011’s 7%, and the export value had reached 249 million US dollars for the first half of 2012, a significant 89% growth when comparing with same period last year. Furthermore, the 3rd largest exporting country for the Taiwanese machine tool industry - Thailand, also showed a 85% significant growth in export value comparing with last year’s January to June. By the 4th quarter this year, we expect the order visibility shall return to the normal standard.

Other than the local Taiwanese exhibitors, 25 companies in 8 countries, from Germany, Japan, Italy, Switzerland, UK, the Netherlands, China, Hong Kong, Korea, were also participating in the exhibition.

"Providing high customized capability, reliability and product quality to satisfy the machining requirements for global buyers, is the main target of the Taiwanese machine tool industry. In TMTS 2012, the most competitive models were demonstrated from Taiwanese machine tool companies", the organizers concluded. Much of the equipment not shown in other international exhibitions was unveiled in TMTS 2012.