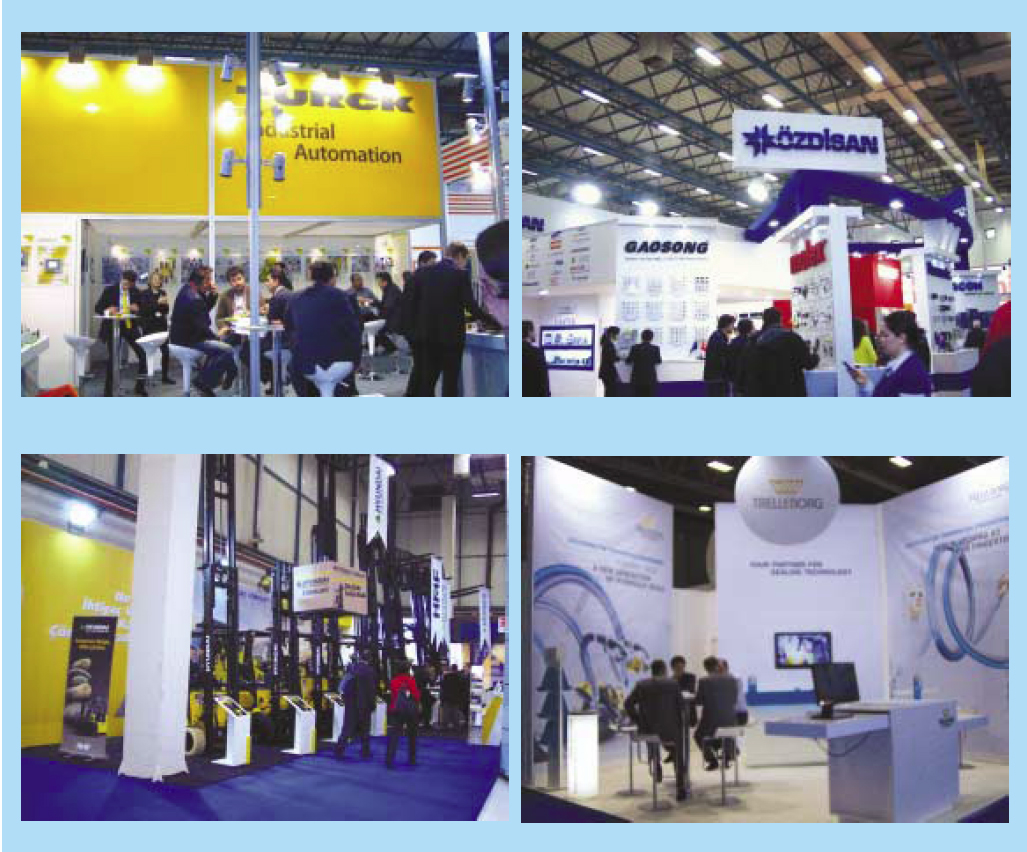 Metal Show & TIB 2022 to present the future of technology

WORLD OF INDUSTRY (WIN) concluded on 5 February in Istanbul with satisfied exhibitors reporting good business. Not even unexpected winter weather could dampen the spirits of exhibitors, who indicated that they were satisfied with the business conducted with national as well as international trade visitors. A procession of "Sold" signs on machinery and tools continuously drew attention. Customers came from important Middle Eastern and North African such as Algeria, Iraq and the United Arab Emirates as well as Bulgaria, India and Russia. WIN was comprised of the fairs METAL WORKING, WELDING and SURFACE TREATMENT.

WIN hosted 927 exhibiting companies from 33 countries and 43,800 trade visitors. Although snowy conditions on the day before and the first day of the fair resulted in some cancelled flights, the percentage of international visitors increased 7.5% compared to 2011, far exceeding expectations. WIN Part 1 also hosted 30 buying delegations from 19 cities in Turkey who came to WIN for the latest technologies.

An OAIB initiative supported by the Turkish Ministry of Economics organized a delegation of buyers from more than 13 countries, including Azerbaijan, Croatia, Greece, Iraq, Jordan, Kuwait, Morocco, Sudan, Tunisia, and Uzbekistan. Other delegations from Iran, Japan and Yemen also used the fair to close business deals.

WIN was supported by 76 organizations, among which 30 are active internationally. These included the Turkish Ministry for Research, Industry and Technology; the Economics Ministry; the Ministry of Labor and Social Security; the Union of Turkish Chambers for Commerce, Industry, Maritime Commerce, and Commodity Exchanges (TOBB); The Anatolian Export Group: the Turkish government funding agency KOSGEB; and the German Machine Tool Builders’ Association (VDW).

The German Machine Tool Builders’ Association (VDW) organized for the first time a German Pavilion at the METALWORKING section of WIN. Christoph Miller, Director of Exhibitions at VDW, was impressed by WIN, stating, "The complete organization and exhibit construction is at a very high and professional level here. The metal-forming sector is very important for METALWORKING. It covered the entire market spectrum and attracted great visitor interest."
Japan also showcased a country pavilion for the first time at WIN. The program, which matched six large Japanese companies with Turkish companies, was organized by the Japanese foreign trade organization JETRO. In addition, WIN welcomed 16 representatives from the Japanese Parliament, a demonstration of how important the Turkish market is to Japan.