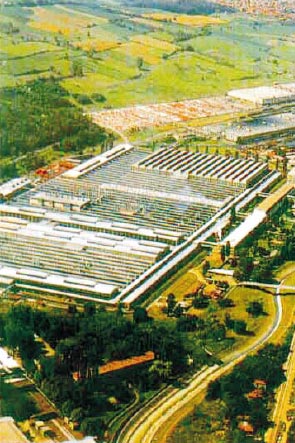 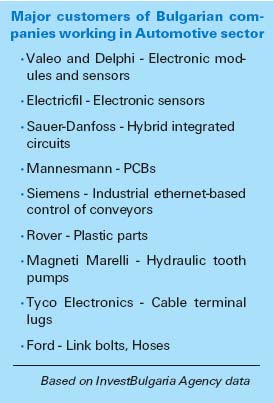 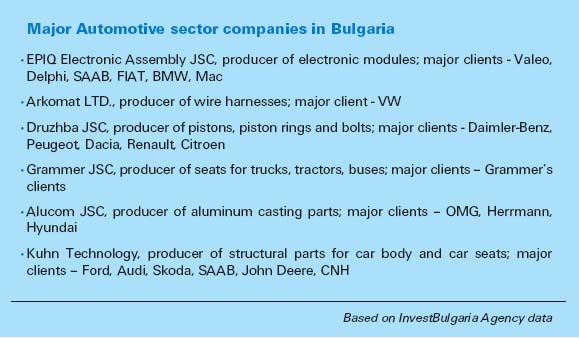 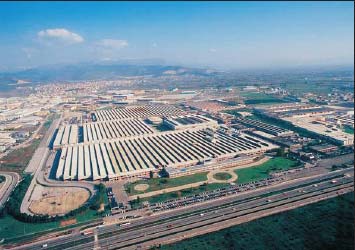 Automotive and Component Production in Serbia

Serbia is the region’s pioneer in automotive industry. In the late 80’s production of automobiles in Serbia exceeded 200,000 units per year, the export of automotive industry totaled $41 million in 2001. The largest automotive company in Serbia Zastava from Kragujevac commenced production of FIAT based models of cars and trucks in 1955. During the 70’s and 80’s valve producer MIV had long-term arrangements with clients worldwide, Peugeot and Chrysler being the most prominent ones. Another components’ producer FAD was a supplier to Mercedes and Ford for a long time, while IDA produced braking and engine parts for GM and Opel brands, courtesy of joint venture with General Motors.

Currently this business comprised of 155 companies, out of which more than 70% are privately owned. In 2002 it employs around 38,000 workers.

Prior to imposing economic sanctions, local automotive companies had been involved in more than 200 joint ventures with leading international producers either as their components’ suppliers, or licensed car assemblers. Significantly lower labor and utility costs in comparison to other countries in Central and Eastern Europe offers excellent prospects of reaching targeted profitability. Over the years of cooperation with Western companies, domestic staff has received specific know-how and adapted itself to advanced technology and rigorous quality standards. Duty-free export to Russia and access to the Southeast Europe free trade zone are coupled with the urgent necessity of domestic motor pool modernization, taking into account the extremely high age of vehicles averaging more than 12 years.

The background of Bulgarian engineering especially in the field of electronics is more than interesting. It moved through different stages and historical periods. The socialistic times heritage of electronics and machine building industry is at least strong engineering skills. Combined with still low-cost production possibilities it helps Bulgaria to be attractive production destination, including in automotive electronics.

The other advantages Bulgaria offers are cost effective small batch manufacturing, strong after market products across wide range of parts. Typical is also that components manufacturers are active in producing high precision and endurance components for various European customers. Concerning figures – it is interesting that 70% to 100% of auto parts revenues are generated through exports and Bulgarian export of machinery & transport equipment marked a 13.6% growth in 2004.

Automotive and auto parts production in Turkey dates back to the middle of last century. Then the period of fast development started and continues till now. In the beginning trucks and buses were being assembled, followed by started operations of passenger car assembly companies, namely TOFAS (FIAT), OYAK (RENAULT) and OTOSAN (FORD). In 1966 the industry also began to assemble its own cars (OTOSAN), the Turkish-made passenger cars ANADOL were produced. The two major producers of cars, TOFAS and OYAK-RENAULT, under Italian and French licenses respectively, established their production lines in 1971. Recently Japanese and South Korean car manufacturers have established joint-ventures in Turkey. As to passenger cars and small commercial vehicles, Turkish manufacturers are becoming world production centers of huge global producers whom they have licence agreements with.

Today at least 15 manufacturers of various types of vehicles, including passenger cars, buses, trucks, pickups, mini and midi-buses and trailers, operate in Turkey. The Turkish vehicle industry has a total capacity of 1,083,705 vehicles, of which 776,000 is for passenger cars.

The export value of passenger cars, trucks and buses were US$ 3.9 billion, US$ 2.2 million and US$ 556 million, respectively. The main export markets for the automotive industry are France, Italy, Germany, the United Kingdom, Spain, the Russian Federation, Israel, the Netherlands and Romania. In 2004, 65% of automotive industry exports in value were delivered to EU Countries.

In 2004 the value of autoparts industry exports was US$ 3.07 billion. The main autoparts products exported are engine parts, tyres and tubes, road wheels and parts, accessories for bodies, bodies, transmission shafts and cranks, auto glasses, brakes and servo brakes and safety seat belts. In fact, Turkey exports many cars, buses and trucks as in parts. In terms of breakdown of autoparts exports by province, Bursa, Istanbul, Kocaeli and Izmir have the major shares. Number of exporter companies in autoparts industry is above 2400. Turkish autoparts products are destined for a wide range of countries in the world.

The main export markets are Germany, Italy, France, the United Kingdom, Spain, Poland, Belgium-Luxembourg, the United States, Iran, the Russian Federation, Austria, Algeria and Iraq. In 2004 about 65% of autoparts exports were directed to the EU Countries. Turkish autoparts exporters follow European and international standards and norms.

This article is based on official data of Serbian Investment and Export Promotion Agency, InvestBulgaria Agency and DTM – Undersecretariat of the Prime Ministry for Foreign Trade in Turkey.