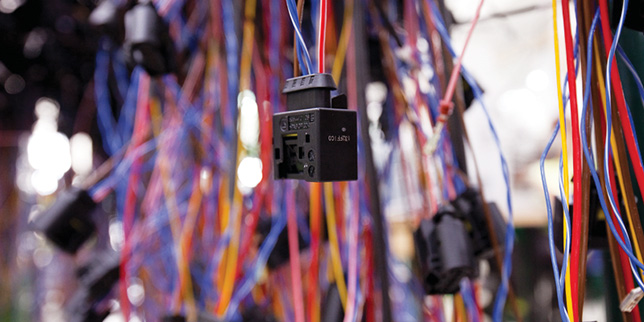 KEMMLER was founded 30 years ago and is currently based in the Swabian town of Freiberg am Neckar. The company is a long-standing partner of many renowned international businesses from various industries, such as the automotive and supplier sectors, engineering, the power tool sector, medical technology and renewable energies. KEMMLER supplies a wide range of customised cable assemblies mostly for the automotive industry, which accounts for about 80% of their production. Their main product categories are cable harnesses, batterywires, HV-harnesses, flat ribbon cables, and electromechanical assemblies.

Another milestone in international history of the company was the establishment of the Bulgarian company KEMMLER Electronic in March 2013. The city chosen to become a site for the next production base was Rakovski, which was already operational in the summer of 2014. Currently there are 60 people employed in the company, but the capacity, resources and staff is intended to double over the next two years.

KEMMLER Electronic operates in a high-tech, modern production and warehouse space of 1600 m2. The company’s main priority is the quality of its products, so the Bulgarian factory started the implementation of international quality standards. In 2015, it received a ISO / TS 16949 certificate for quality management in the automotive industry.

Later on, during the spring of 2016, the company received a ISO 140001 certification for an integrated environmental management system.
According to the CEO of KEMMLER Group Mr. Stefan Reiber, Bulgaria is an important part of the company’s strategy and future success.