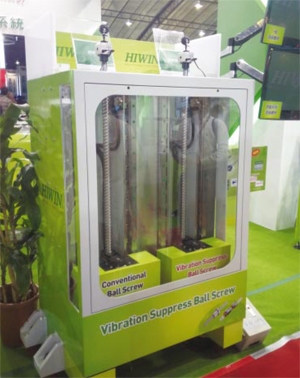 The highlights of Hiwin’s presentation during last year’s edition of TMTS were robots with common control and medical robots - for exercise, personal hygiene and operations.

Hiwin Technologies Corp. was founded in 1989. The infusion of capital greatly increased the capacity at the Taichung plant and the added resources which resulted in the addition of new buildings to create a state-of-the-art ballscrew manufacturing facility.

Since 1989, Hiwin has grown to include six manufacturing facilities in Taiwan and one in Germany. In addition, Hiwin ’s German facility houses an extensive research and development center. Hiwin supplies many hi-tech industries with critical components for machine tools, medical equipment, vending machinery, material handling, and the automotive industry.