Manufacture of chemicals and chemical products in Bulgaria: Devnya Cement 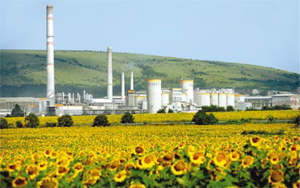 The new kiln in Devnya Cement plant has been switched on

Serge Schmidt: Devnya Cement has a longstanding commitment to sustainability

Italcementi Group entered the Bulgarian market in 1998 with the acquisition of Devnya Cement - a plant with production facilities and an annual capacity of approximately 2 million tons, located near Varna - the largest port in the country. Company’s location is a key to its success. The enterprise continues to expand its land and sea exports - mainly to neighboring countries and the Black Sea markets. Devnya Cement AD recently started exporting to Russia as a major supplier for the 2014 Winter Olympics in Sochi.

Presently, Italcementi Group is the largest cement producer in Bulgaria and has an annual production capacity of 2.5 million tons. In addition, the Group provides over 500 direct working positions, as well as 1500 indirect positions, including subcontractors, working on the company’s property.

In 1999, Italcementi Group acquired Vulkan Cement - a plant with production capacity of about 500 thousand tons, located near Dimitrovgrad. Italcementi Group invested more than 200 m EUR in Bulgaria. The company continues to expand its operations in Bulgaria building a new modern nature-friendly cement installation.