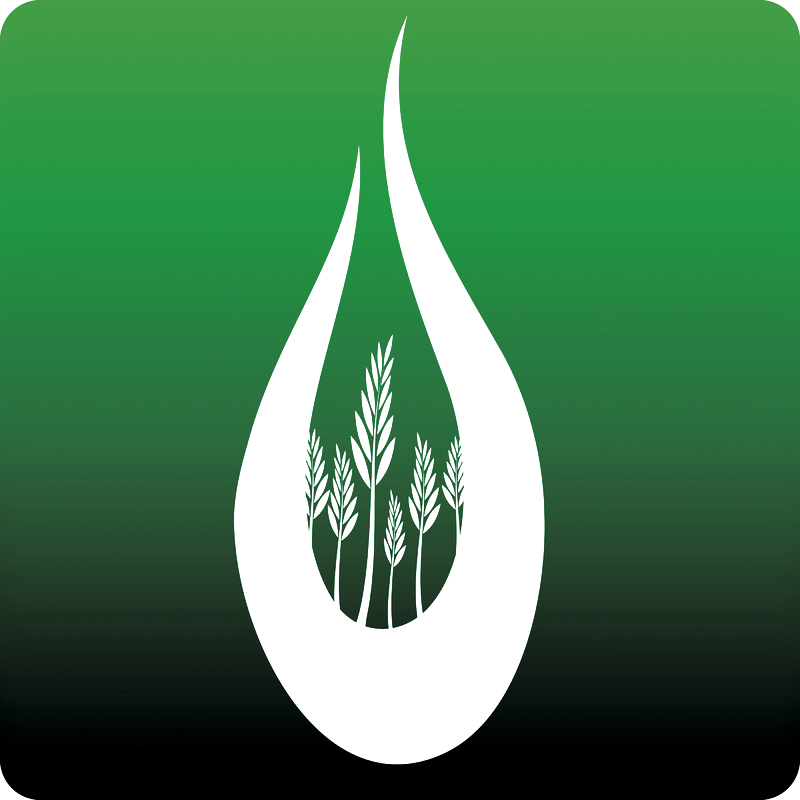 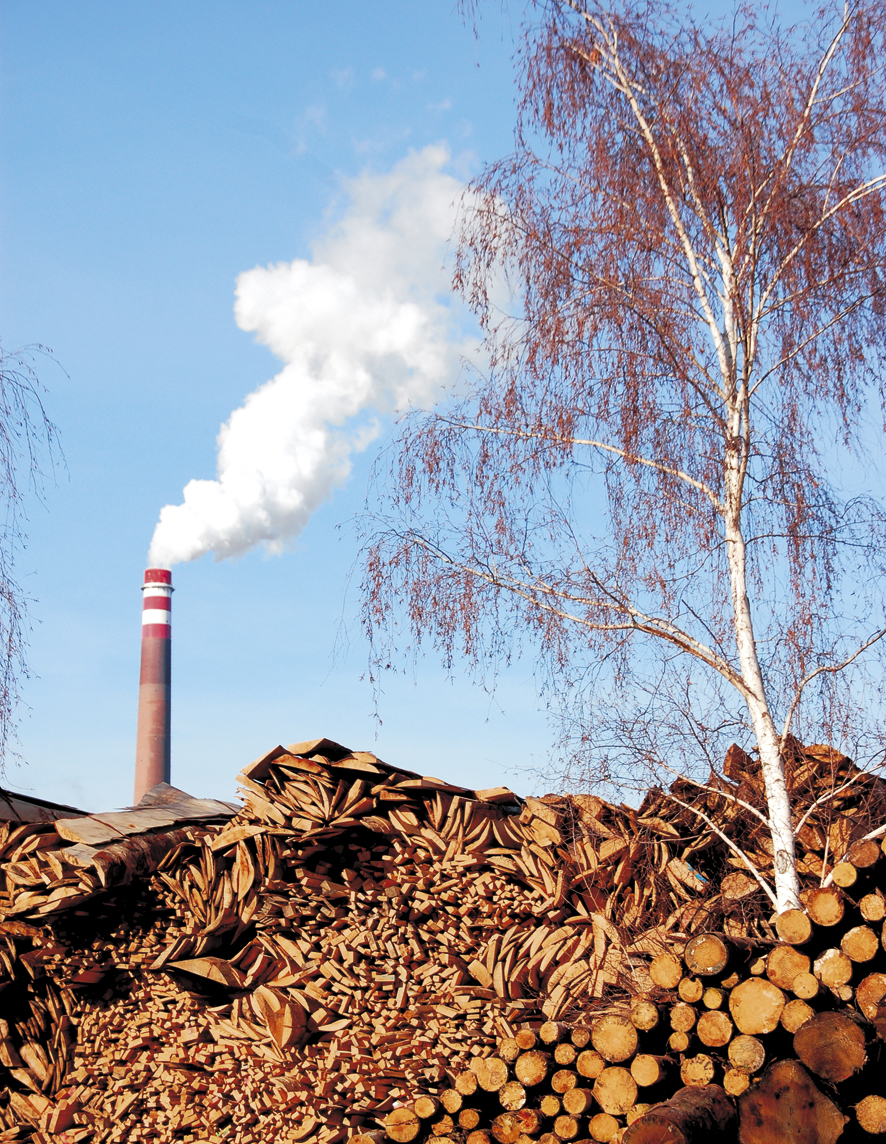 The continuous changes in the composition of European Union (E.U.) imply continuous focuses on some major markets of common relevance. Biomass energy market is indeed one of these. The potential of the various biomass sources is evaluated through an analysis that focuses especially on the opportunities still unexploited. By providing detailed knowledge of some national strategies and policies on biomass energy, the study aims at enabling a better estimation of the overall market potential for UE-27 energy enterprises. The share of biomass energy sources in the primary energy structure in South-eastern Europe currently ranges between 4% in Bulgaria and 35% in Albania, with 10%-15% being the average in all other countries in the region, while in a near future, this share is planned to increase. Use of biomass energy sources in South-eastern Europe offers enormous market potential, referring in particular to the planned enhanced development of the biomass sources power in the region. Three major considerations have to be strengthen and taken into account while enphasysing strengths and weaknesses of S.E.E. biofuel market. Fist of all, as a general statement, the challenge of a common E.U. energy market can represent the required asset allowing to modernize the energy infrastructures strengthening the western connections as well. Secondly, such process has to be collectively driven together with an unavoidable balancing process of energy prices with E.U. standards, in order to finally attract the investments necessary for the start up of the sector. Finally, as far as the specific biomass energy market is concerned, it has to be highlighted that even using the most modern technologies, the cost of EU-produced biofuels will make it difficult for them to compete with fossil fuels in the next ѕ years. In fact, with the technologies currently available, EU-produced biodiesel breaks even at oil prices around Ђ60 per barrel, while bioethanol becomes effectively competitive with oil prices of about Ђ90 per barrel. As experts, we believe that while many S.E.E. markets could sustain even higher rates of biomass energy penetration, numerous barriers remain. The cost of biomass energy technologies remains high, although it continues to fall. Renewable energy increases diversity of energy supplies and can replace diminishing fossil fuel resources over the long run. Growth in demand for biomass energy in industrialised countries is leading to economies of scale; such growth enables increased access by the developing world. Current detailed biomass market main data are here exploited only for Bulgaria, Romania and Croatia, while first estimates have been made also for Albania. Such choice strongly depends on the major recent interest shown by major Italian investors. For other Western Balkans countries, currently no projections are available.

As experts, with full commitment with general EU strategic guidelines for Biofuels, we encourage attention to be put onto two specific aims:

•to further promote biofuels in the S.E.E. countries, ensure that their production and use is globally positive for the environment and that they contribute to the objectives of the Lisbon Strategy taking into account competitiveness considerations;

•to prepare for the large-scale use of biofuels by improving their cost-competitiveness through the optimised cultivation of dedicated feedstocks, research into “second generation” biofuels, and support for market penetration by scaling up demonstration projects and removing non-technical barriers. On a world scale, biomass productivity is highest in tropical environments (and therefore in third Countries such Brazil, Turkey, Malaysia, etc.), and the production costs of biofuels, notably ethanol, are comparatively low with respect to a consistent number of Southeastern Countries, being these even cheaper than EU-15. Therefore, a set of stimulating actions for shifting S.E.E. internal market demand for biofuels should be put into track by local Governments. A set of independent experts from S.C.I. – International, has evaluated that a massive investment programme is currently needed to enhance the taking off of biomass energy market. An approximate estimation of the total investments needed for the biomass sector in Southeastern Europe to meet the acquis communitare is summarised.

The Biofuels Directive sets “reference values” of a 2% market share for biofuels in 2005 and a 5.75% share in 2010. To implement the directive, many Member States, expecially S.E.E. neo-entrance Countries, are relying on fuel tax exemptions, facilitated by the Energy Taxation Directive. A number have recently turned to biofuel obligations, requiring fuel supply companies to incorporate a given percentage of biofuels in the fuel they place on the national market. Any system of certificates would need to apply in a non-discriminatory way to both domestically produced and imported biofuels and comply with WTO provisions. Biofuel obligations seem a promising way of overcoming difficulties with tax exemptions. Moreover, the Energy Taxation Directive makes it possible for Member States to grant tax reductions/exemptions in favour of biofuels, under certain conditions. As experts, we encourage S.E.E. Countries to work in such direction. In fact, these tax concessions are considered as state aids, which may not be implemented without prior authorisation by the Commission. S.E.E. Countries, like Romania for instance, have not yet defined a complete framework for incentives linked to the environmental performance of individual fuels to be established. This would encourage and promote the use of market-driven and demand-side measures for biofuels. Suitable policy measures could include, for example, the encouragement of environmental systems for vehicle users, eco-labelling, price differentiation through emission charges and product levies, environmental quality promotion through educating and informing both consumers and producers, tradable permits, environmental performance bonds, funds and environmental risk assessment in banking procedures3.Different considerations have been done on biomass production while capturing environmental benefits4. First of all, we suggest S.E.E. Governments to effectively work to ensure the sustainability of biofuel feedstock cultivation and to examine the issues of limits on the content of ethanol, ether and other oxygenates in petrol, limits on the vapour content of petrol and limits on the biodiesel content of diesel. It is our strong convincement that many of the regions assisted by the Structural and Cohesion Funds, particularly in rural regions in central and Eastern Europe, have the potential to use biomass to generate economic growth and employment.

Low labor costs and high resource availability can give these regions a comparative advantage in the production of biofuel feedstocks. Supporting the development of biomass and alternative energy sources such as biomass, including biofuels, is therefore an important objective for cohesion policy. A major important role will be nextly played by the support that will be given, for example, for the retraining of farmers, the provision of equipment for biomass producers and for investment in facilities to produce biofuels in Counties like Slovak Republic, Romania and Bulgaria as well5.

Investment on or near farms, for example in biomass processing, as well as the mobilisation of unused biomass by forest holders, can also be supported by rural development policy. Unfortunately, like fuel tax exemptions, other forms of official support for biofuel production and use must obviously conform to provisions on State aid. The Commission will ask the industries concerned to explain the technical justification for barriers to the introduction of biofuels and will seek the views of other interested parties. It will monitor the behaviour of the relevant industries to ensure that there is no discrimination against biofuels. When assessing the impact of policies and programmes to support the production and distribution of biofuels, the Commission will take into account their possible effect on traditional ethanol, food, forestry and oil markets. However it is our strong convincement that opportunities for EU private investors are presently nested in biethanol production, where a consolidated fuel market is granted by major oil company.

In order to continue to advocate for biomass energies, it is our strong convincement how a major role will be played by R&D activities. In the 7th Framework Programme continue its support for the development of biofuels and strengthening the competitiveness of the biofuel/biomass industry. While giving a high priority to research into the “bio-refinery” concept – finding valuable uses for all parts of the plant – and into second-generation biofuels- the European Commission, is in fact continuing to encourage the development of an industry-led “Biofuel technology platform and mobilise other relevant technology platforms. S.E.E. representants should strongly participate and debate their interests, advocating and promoting site-plants and projects6. Actions at European level (ERA-NET) in the field of biomass will further increase the cost-effectiveness of RTD funding through programme coordination and the initiation of joint activities at national and regional level. The Seventh Framework Programme (2007–2013) gives priority to biofuel research to further strengthen the competitiveness of the EU biofuel industry7. As experts, we strongly suggest and encourage SMEs from S.E.E. Countries to take part and join partnerships in such fields, particularly supporting the market introduction and dissemination of proven biofuel technologies through the “Intelligent Energy – Europe”.

Finally, we strongly believe that several efforts need to be pursued by S.E.E. Countries towards the development of human resources geared to promoting biomass energies. Increased interest in biomass energies means increased need for local competence. Education and training are a priority to develop the use of biomass technologies extensively, especially in new-entrance EU countries. Finally, given the growing awareness of the role that biomass energies can play in the EU energy system, especially for the supply of energy in rural areas, S.E.E. countries should show increasing interest in creating appropriate training programmes for entrepreneurs related to these energy sources.