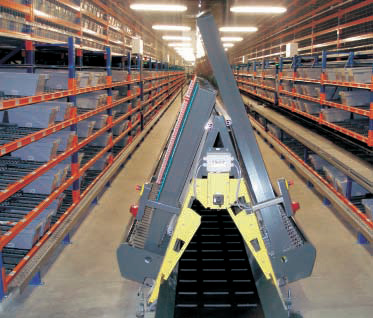 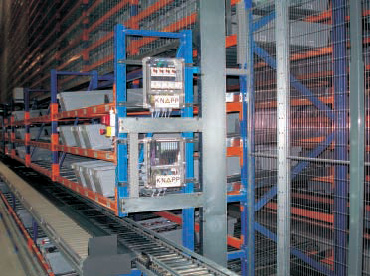 Sopharma recently opened a modern logistics drug center in the city of Sofia, Bulgaria. At the inauguration were present the Minister of Healthcare, Dr. Evgenii Zhelev, the executive director of Sopharma AD Ognyan Donev, the Austrian ambassador His Excellency Claus Fabian, the ambassador of Germany His Excellency Mihael Geier, the chairman of the German-Bulgarian Industrial and Commercial Chamber Mitko Vasilev, the executive director of CEIBG (the Confederation of the Employees and Industrialists in Bulgaria) Evgeni Ivanov and many business partners of the company.

The Investment amounts to 10 million euro
The pharmaceutical center is situated on an area of 10 000 sq m, it has 2400 pallet-places and 17 loading platforms for trucks and cars. The building is divided into four functional sections: high-shelf pallet storehouse, section for automatic packing of orders, section for reception and dispatch and section for administration and domestic purposes. Over 10 million euro are invested in the project and the opening of 25 new job positions is planned. This is the second totally newly-built logistics storehouse of Sopharma. The project is developed together with Proconsult and the Austrian supplier of automated logistic systems KNAPP AG. The company Telekomplekt from Sofia is the contractor.

A System for Building Management is Integrated in the Center
"For the first time in Bulgaria in a storehouse of a pharmaceutical company the packing of orders for end clients is robotized, people take part only in management and control of processes.  Modern technologies and materials are used in the design and construction of the building. The building is totally air-conditioned, it has automatic fire-extinguishing installation.
The management of all installations during exploitation will be executed by the integrated system for building management.  The drug center is licensed by the Executive Drug Agency as a storehouse for wholesale trade with drugs and meets all national and European requirements for Good Distribution Practice", the press-center of the company stated for the  Engineering Review magazine.

KNAPP Supplied the Automated System
"The new logistics center of Sopharma in Sofia offers a system for storage and management of drugs sales, which is developed by the Austrian company KNAPP and is unique for Southeastern Europe. This is a totally automated system which distributes the drugs, received in the center, to 1440 channels and then groups in individual containers the drugs ordered by clients. The speed with which the client containers move in the product channels is 6 meters per second. The system processes simultaneously 300 client containers per minute which is 7 times better than the previous work efficiency. The system makes it possible for 30 000 lines of clients orders to be processed per day, over 85% of them being executed in a totally automated way", representatives of Sopharma added.

For Sopharma AD
Sopharma is the greatest Bulgarian pharmaceutical company which has 12 factories in Bulgaria and three abroad - in Russia, Ukraine and Serbia. The medicaments of the company are sold in 32 countries in the world. Sopharma is the only producer of ampoules in Bulgaria and it produces medicaments of almost all pharacotherapeutic groups, among which are drugs for cardiovascular, gastroenterological, psycho-neurological, allergic, dermatological and other illnesses. Sopharma is producer of the best sold drug in Bulgaria - Analgin. The company possesses 60 patents and 2683 registered trademarks, and it also made the first registrations of Bulgarian drugs in the Republic of Turkey and the Republic of Serbia.