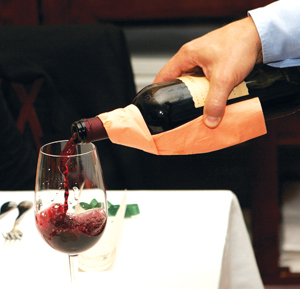 Slovenia has more than 28,000 wineries making between 80 and 90 million litres annually from the country’s 22,300 ha of vineyards. About 75% of the country’s production is white wine. Almost all of the wine is consumed domestically with only 6.1 million litters a year being exported - mostly to the United States, Bosnia and Herzegovina, Croatia, and lately the Czech Republic.

Most of the country’s wine production falls under the classification of premium (vrhunsko) wine with less than 30% classified as basic table wine. Slovenia has three principal wine regions: the Drava Valley, Lower Sava Valley and Slovenian Littoral. The Drava Valley is the largest wine region in Slovenia and is subdivided into seven districts.

The Littoral is Slovenia’s most internationally known region and, though predominately a white wine producer, the region is responsible for most of Slovenia’s red wine production. The Lower Sava Valley is the only Slovenian wine region that produces more red wine than white, though not by a large margin.