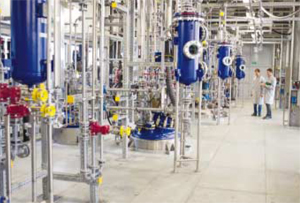 The Slovenian drug manufacturer Krka officially announced it has opened a new facility for the production of active pharmaceutical ingredients in Krsko, a town in the eastern part of the country.
The 85 million euro ($95,3 million) Sinteza 1 plant should provides new capabilities for managing the entire process from development to production of raw materials and finished products, Krka said in a statement.

Krka’s basic line of business is the production and sale of prescription pharmaceuticals, non-prescription products and animal health products.

The company’s focus is on the development of high-quality own-brand generic pharmaceuticals, which offer added value, and are marketed under Krka’s own brands.