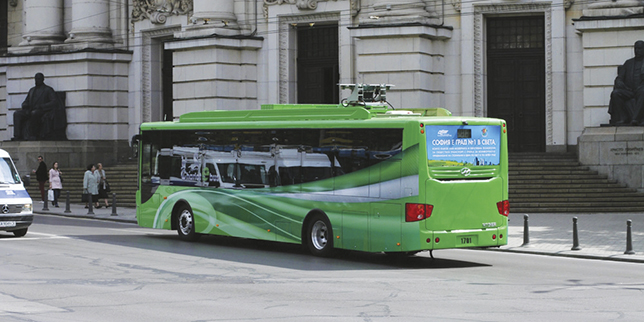 GSP Beograd, Serbia’s public transportation company for the capital Belgrade, has signed a contract with Chariot Motors from Sofia, Bulgaria, for the delivery of five electric buses. Belgrade’s mayor Sinisa Mali informed that the vehicles will be used for a four kilometer line in the central part of the capital, which will thus become the first in any European capital to be served only by electric buses. The capital city has about 700 buses in the streets but hopes it will be possible to buy more electric units every year, added the mayor.

The first city in Europe to utilize the ultracapacitors with fast charging technology is going to be Belgrade, stated the head of GSP Zeljko Milkovic. The system is used in Tel Aviv and Tehran, while the Austrian city of Graz is negotiating about purchasing buses from Chariot, he underscored.

The electric buses are intended to carry up to 80 passengers and can operate on outside temperatures ranging from minus 20 to plus 50 degrees Celsius. They are capable of travelling about 20 km with only one charging at the terminal for 3-5 minutes.