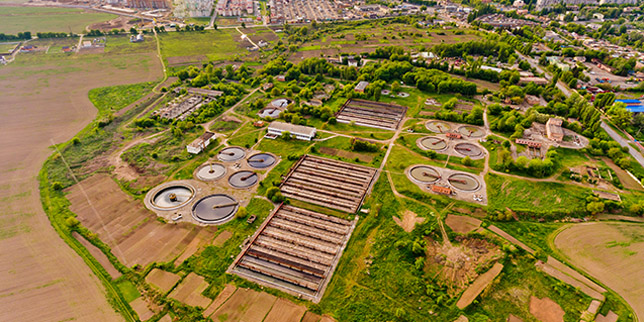 The Serbian government has awarded EUR 3,2 billion worth of contracts to China Road and Bridge Corporation (CRBC) to build wastewater treatment plants in 65 municipalities across the country. CRBC, a subsidiary of state-owned giant China Communications Construction Company (CCCC), will design and build associated sewerage networks and pumping stations as well as rehabilitate or build six regional landfills. The Minister of Construction, Transport and Infrastructure Tomislav Momirovic and the Director of CRBC for Serbia Zhang Xiaoyuan signed commercial contracts for the design and construction of municipal wastewater treatment units and networks and landfill projects.

The ministry said the EUR 3,2 billion deal enables many municipalities and cities to overcome long-lasting infrastructure issues and that it is currently the biggest planned investment in the country and part of the Serbia 2020-2025 plan. Momirovic said the country would have top-of-the-line roads, the fastest railway and digital highways and that at the same time it would protect the environment.

Each endeavor has a deadline of 39 months while overall projects must be finished within five years from the construction license date. Serbian subcontractors will participate with a share of at least 49%, Momirovic stressed. The works will be conducted under the so-called yellow book model of the International Federation of Consulting Engineers (FIDIC), where cities and municipalities will have the investor status, the ministry said.

According to the statement the contracts open the way for building wastewater treatment units and pumping stations, sewer networks executed in 73 projects overall, together with the rehabilitation or construction of six regional landfills. The wastewater purification facilities will include units for the treatment of sludge, the ministry added.

China is active in Serbian infrastructure development. A deal with PowerChina and France’s Alstom to build a EUR 4,4 billion metro system in the capital city is imminent. Belgrade signed a cooperation agreement with China Machinery Engineering Corp. one year ago for the intended financing of research and design of a system for the collection and treatment of wastewater. In a separate deal, Serbia’s capital city authorized CMEC to start the preparatory activities for the project, estimated at up to EUR 771 million in total.