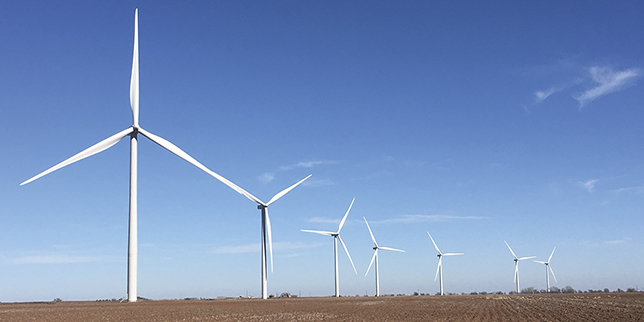 The largest wind farm project in Serbia and the Western Balkans to date will officially be realized after it received a EUR 215 million loan for its implementation. The funds are provided by the European Bank of Reconstruction and Development (EBRD) and the International Finance Corporation (IFC).

Gazprom and Serbia announced cooperation in the gas industry

The Cibuk 1 wind farm has a total cost of EUR 300 million, and its financing package was signed in Belgrade in the presence of Serbia’s president Aleksandar Vucic. The 158MW wind farm is being developed by Vetroelektrane Balkana. The company is owned by Tesla Wind, which is a joint venture between Masdar, a renewable-energy company based in Abu Dhabi, and Cibuk Wind Holding, a subsidiary of the US-based wind-energy developer Continental Wind Partners.

The project outlines the building of a 40 sq. km wind farm north-east of the Serbian capital Belgrade, consisting of 57 wind turbines supplied by General Electric. The plant will be connected to the grid in the first half of 2019 and is expected to produce electricity for an estimated 113 000 households, while reducing CO2 emissions by more than 370 000 tonnes. The construction itself will create 400 jobs in the area, additionally contributing to local infrastructure with 50 km of roads.

"We would like to thank the government of Serbia, Mubadala Investment Company, as well as the lenders, advisors, and all the other parties involved in reaching this critical milestone. The development of the largest wind farm in the Western Balkans is a pivotal moment for the expansion of renewables in the region and positions Serbia at the forefront of Europe’s fastest-growing alternative energy sector," said the Chairman of Tesla Wind Yousif Al Ai.

Cibuk 1 will be Masdar’s fourth wind farm in Europe after the 630 MW London Array, the world’s largest offshore wind farm in operation, the 402 MW Dudgeon Offshore Wind Farm in England, and Hywind Scotland, a 30 MW floating offshore windpower development situated near the coast of Aberdeenshire.

"The Cibuk wind farm is a breakthrough for Serbia as the country works to meet its commitment to produce 27 per cent of domestic power needs from renewable energy sources by 2020. The EBRD has worked closely with the government to develop and refine the regulatory framework for the sector and these efforts have now unlocked job-generating foreign investment and the first wave of renewable-energy projects," commented Harry Boyd-Carpenter, EBRD Director of Power and Energy Utilities.