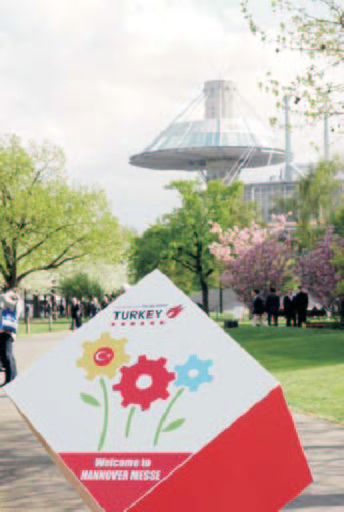 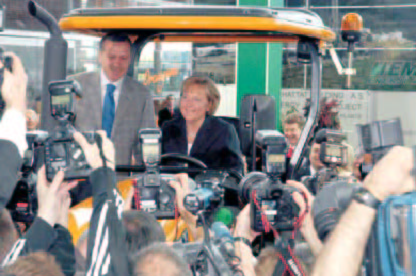 Hannover Fair (Messe) 2007 once again concentrated European and global industrial business in the German town. Between 16 and 20 April 2007 more than 230.000 specialists visited the show. According to the organizers’ figures 6.400 exhibitors participated at this year’s event, 3.222 came from outside Germany - from 61 different countries.

With Turkey on board as its official Partner Country for 2007, HANNOVER MESSE is once again joining forces with a nation characterized by outstanding market opportunities and growth potential, innovative drive and a highly diversified industrial base, said organizers.

Country participated with 326 exhibitors on a display area of about 9000 square meters. The Turkish presentation consisted of a central pavilion located in Hall 26, plus numerous joint presentations staged by Turkish exhibitors in corresponding.

Exhibitors and visitors alike found that HANNOVER MESSE 2007 offers the ideal setting for generating business leads and getting in touch with Turkish companies to explore cooperation and investment options. European companies are increasingly looking to Turkey as an important springboard to business in North Africa and the Middle East.

As a forum for global politics and business, HANNOVER MESSE 2007 facilitated the establishment of business and economic ties with Turkish business institutions and economic agencies. Naturally this Partner Country presentation also served to further consolidate and deepen the already good and long-standing trade relations between businesses in Turkey and the host nation of Germany.

Turkey’s exhibition program spanned a diverse range of technologies and industrial sectors, with the emphasis on engineering and services in the OEM and subcontracting sectors. Other key areas that were covered by the Partner Country display are R&D, process and building automation, energy and pipeline technologies as well as industrial facility management.