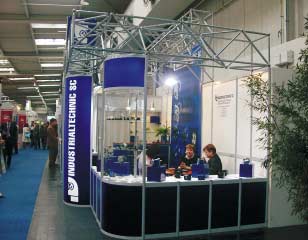 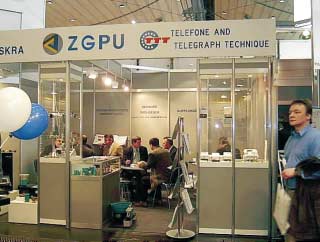 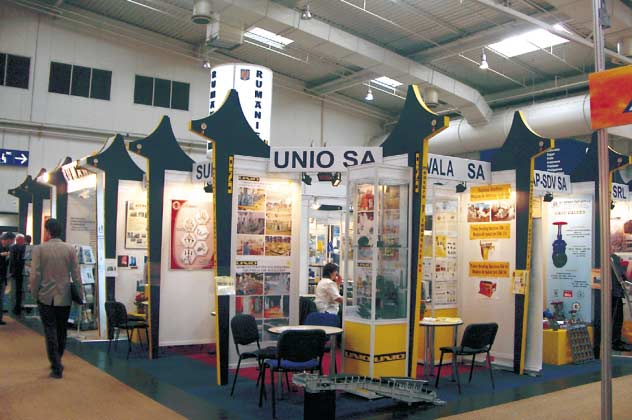 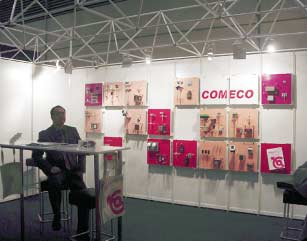 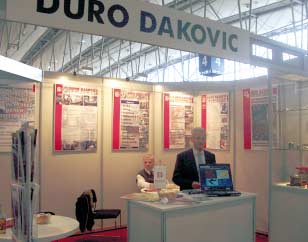 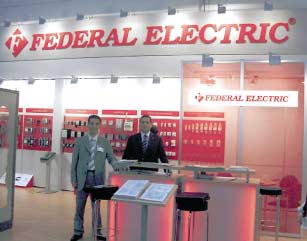 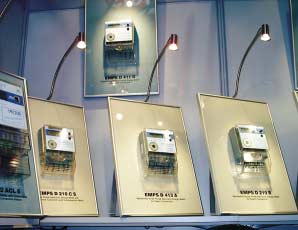 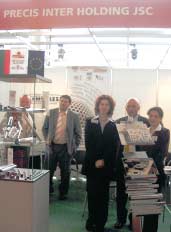 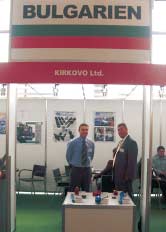 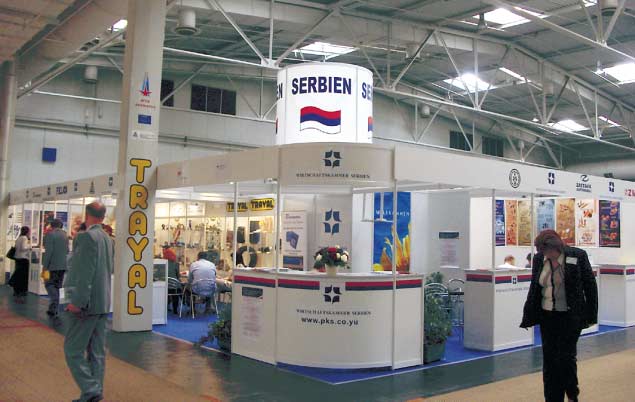 Comparing to the huge amount of exhibitors (6,090) from 65 different countries wich took part at Hannover Fair 2005, the SEE companies participation seems relatively small. But if it is not just a question of numbers, the companies of the region presented good and competitive products and technologies and some of them (still few) were exhibiting themselves at attractive stands. Still bigger part of the countries of SEE region traditionally participates on national stands and such stands at Hannover Fair 2005 were popular, too. Most of these ‘common’ stands were well organized and looked better than last years.

Most of the SEE exhibitors accented on their satisfaction of the Fair participation sharing again their experience that the results are expected at least after few months. Of course, among the SEE exhibitors we met there were few disappointed exhibitors of the visitors interest - the international visitors are less this year, just German ones are more, they said.

Generally the South-East European markets are still very strong in Subcontracting and very good presented in other parts of Hannover Fair 2005, especially in electronics, electric equipment, automation, hydraulics and pneumatics.

at Hannover Fair 2005 included only 2 companies - NEOKEM S.A. and TROPICAL S.A. NEOKEM is specialized in development and production of industrial coatings, one of the leading companies in its field in Greece and good positioned in Romania due to its subsidiary Neokem Romania SRL and extending its exports network in Europe, Middle East and North Africa. TROPICAL is well known provider of fuel cells and hydrogen technology systems.

The only Macedonian company

presented on the Fair was Sigurnosni Pojasi, well known as manufacturer of Safety belts and Fabric parts. Sigurnosni Pojasi participated together with Romanian companies specialized in the field of casting - ALTUR and Faur S.A.

took part at Hannover Fair 2005. Big part of them works in the field of moulding and casting. Some exhibitors presented on the joint Romanian stands work in the field of electric equipment – for example: AUTOMATICA S.A. well known producer of low and medium voltage switchgear and distribution systems; Marsat specialized in integrated solutions for process automation for mining industry; Sykatec SRL producing accessories and chassis for housing and switch cabinet construction, and empty housings as well. Pumps and valves producers UPRUC TAP-SDV (industrial valves, centrifugal pumps, castings of stainless steel or cast iron) and HIDROJET S.A. (gear pumps and hydraulic, and also of carburettors and fuel injectors, etc.) showed good presence of the Fair, too.

Interesting presentation of the following companies should be also mentioned:

at Hannover Fair 2005 with one exception (IMT AD, Livnica) was presented at one good looking stand of companies members of Serbian Chamber of Commerce. Nevertheless it consisted not many exhibitors Serbian participation was really visible due to the good products presented, Serbian Business Relations Day at 04/12/2005 and because of the visit of the Serbian delegation, leaded by Serbian President Boris Tadic.

was very similar to the last years in terms of companies and the way of participation. As before there are several Bulgarian stands and very few separately exhibiting companies. Traditionally presented are companies as BETA Trading, Dinamo, Kirkovo, Precis Inter Holding, Spartak, Technoles, etc. Among the exhibitors at SIPPO - SWISS Import Promotion Programme, stand were IPO, Drouzhba, Forging and Press Plant, Progress – also very traditional participants at Hannover Fair for years. At the Bulgarian stand joining the participation of Bulgarian companies in the field of measurement and electric equipment few popular producers were presented – ZGPU, Telephone and Telegraph Technique, Incoms Tokoizpraviteli, Elhim Iskra, etc. Companies working in Hydraulics and Pneumatics area (for example, Hidropnevmotechnika) were presented by German company Bulmak.

Among separetely participating exhibitors at nice looking and well organized stands were:

was times bigger than any of the others countries in our region. It consisted 126 companies in most of the trade fairs within Hannover Fair 2005: INTERKAMA+, Factory Automation, Motion, Drives & Automation, MicroTechnology, Subcontracting, Energy, etc.

The most interesting and visible participation of the following companies should be mentioned:

A new feature of HANNOVER FAIR 2006 will be the “Pipeline Technology” display sector, covering all transportation aspects regarding petroleum, natural gas and water. We expect that SEE region would be well presented next year at Pipeline Technology exhibition - not by big number of exhibitors but by the most active and impressive companies for sure.

All figures and numbers within the article are based on official information by Hannover Fair organizer Deutsche Messe.