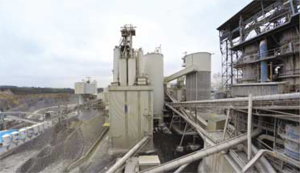 The massive project, planned to be located in Mostar municipality, is worth a total of 30 million euro and will open about 150 new jobs. The entire production of the future facility will be exported to markets in Africa, Asia and the EU, the Group explained. It added the city of Mostar had been chosen because of its proximity to the port of Ploce, which would facilitate the whole export process.

The project was presented to German Chamber of Commerce representatives during an official visit to Stanic Group in Kresevo. "At the moment the initiative is at preparation phase, which includes obtaining certification on taking the test quantity of limestone, after which a trial production will take place in the BFS factories in Kresevo", Mostar city authorities further explained.