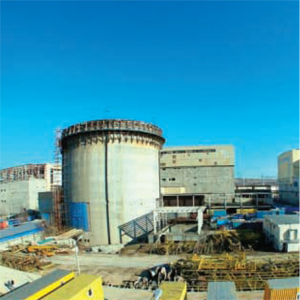 Societatea Nationala Nuclearelectrica S.A.  (”SNN”) announces that China General Nuclear Power Corporation (”CGN”) has been designated the Selected Investor for the development of Cernavoda NPP Units 3 and 4 Project (”The Project”).

The selection of the investor was based on the analysis of the Documentation of Intent (the expertise of the investor with similar projects, the financial capability, the degree of adherence of the Qualified Investor to the Memorandum for the implementation of the Project, proposed by SNN, as well as to the Strategy) and followed the qualification stage, completed on September 09, 2014, China General Nuclear Power Corporation being the only company to submit the Qualification Documentation.

According to the amended time schedule, the following stages of the selection process are: the negotiation and signing of the Memorandum of Understanding regarding the joint implementation of the Project and the negotiation of the Articles of Incorporation and Investors’ Agreement of the new Project Company.

The Memorandum of Understanding regarding the joint implementation of the Project will be submitted to the approval of the General Meeting of Shareholders of SNN. The strategy for the continuation of the Cernavoda NPP Units 3 and 4 Project envisages the establishment of a new project company (”Joint-Venture”) which represents a company forerunning an Independent Energy Producer (”IPP”), in which the Selected Investor will own at least 51% of the shares.
At present, the two nuclear reactors in Cernavoda cover roughly 20 percent of Romania’s electricity consumption annually.