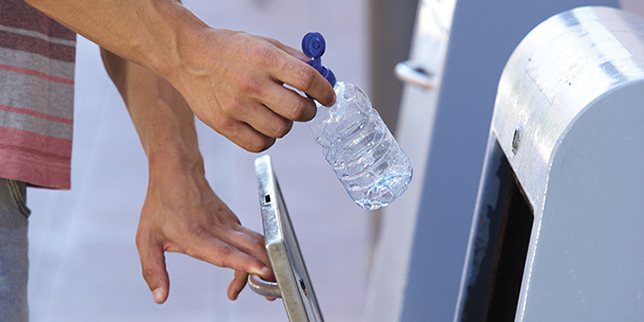 The European Bank for Reconstruction and Development (EBRD) has sold its stake in Green Group, a Romanian company focused on consumer packaging waste recycling. The firm enters the next phase of its development and plans a public listing. The Bank’s stake is being taken over by Abris Capital, a private equity fund based in Warsaw, concentrating its activity on Central and Eastern Europe.

Green Group is the number one Romanian recycling company for plastic bottles, electric and electronic waste, batteries, fluorescent lamps, and glass. It is also among the industry leaders in Europe with a consolidated turnover of EUR 90 million in 2015. The company provides special reverse vending machines, which are placed in large supermarkets for collection of packaging as well as electric and electronic waste.

This nationwide infrastructure connects consumers with the recycler and is called Sigurec. By employing sophisticated innovation and technology, Green Group engages retailers, citizens and communities in the effort to divert recyclables from landfills.

"After four years as a shareholder the EBRD is proud to complete its role in Green Group. Our finance and advice has helped the company become the largest integrated recycling group in south-eastern Europe with real value and potential. We are confident that Abris Capital will take Green Group, as well as recycling in Romania, to the next level," noted Matteo Patrone, Regional Director for EBRD operations in Romania and Bulgaria.

With its new shareholder structure, Green Group targets consolidation of its waste collection system, extension of the integrated recycling park and listing its shares on the Bucharest Stock Exchange. "We are delighted to have been able to secure a new strong partner for the long-term development of our group," added Clement Hung, the founder and CEO of Green Group.

The investment of EBRD in Green Group’s shares in 2011 amounted to EUR 6,8 million. To date, the Bank has invested over EUR 7 billion in Romania and has also mobilised more than EUR 14 billion from other sources of financing.