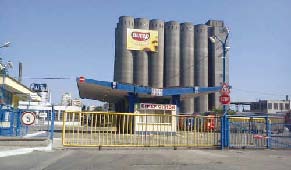 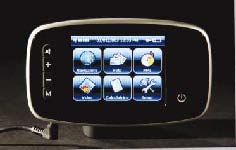 Bulgaria’s Oliva build new energy efficient facility
The European Bank for Reconstruction and Development is continuing its drive to develop Bulgaria’s promising agribusiness sector by providing long-term financing to local producers and exporters. Through this latest transaction, the Bank is providing EUR 22 million to support the expansion of Oliva, one of the largest producers of sunflower oil in Bulgaria. The EBRD loan will enable Oliva to expand its production capacity and efficiency in order to meet increasing sunflower oil demand in the European Union. Expansion of the agribusiness sector, which historically contributed a much higher share of Bulgaria’s GDP, requires greater access to financing, both for capex requirements and also to improve related infrastructure.

With the proceeds of the EBRD loan, Oliva will construct a new crushing facility, purchase new oil extraction equipment, build a new silo and improve links with local farmers. This modernisation programme will also save energy and improve processing efficiency, thus increasing the competitiveness of a local producer while promoting higher and more sustainable standards in the industry. In the agribusiness sector alone, the EBRD has directly committed more than EUR 8 billion in over 470 projects in its region of operations, from central Europe and the Western Balkans to eastern Europe, Turkey and central Asia. Since the beginning of its operations in Bulgaria the EBRD has invested more than EUR 2.5 billion in over 200 projects in various sectors of the country’s economy. With total project value exceeding EUR 8 billion, the EBRD’s funds have helped mobilise over EUR 5.5 billion in co-financing from other sources.

Magneti Marelli builds Serbian auto parts plant
Italian auto components maker Magneti Marelli is investing EUR 60 m to establish a new production plant in Serbia. The firm, part of the Fiat Group, intends to manufacture car parts for 200,000 vehicles a year at the new facility planned for the Serbian city of Kragujevac, located 140km southeast of Belgrade. Magneti Marelli signed an agreement with the Serbian government and local authority earlier this year for the new plant. The contract stipulates that the company should include lines for plastic parts production. Under the agreement, Serbia is to ensure the new factory is built in an industrial free zone and will provide financing of EUR 10m, as well as investment incentives EUR 800 for every new employee. The Kragujevac city authority committed to provide the venture with local tax incentives and provide the site with the necessary infrastructure. In April, Fiat opened what is the largest auto manufacturing plant in south eastern Europe, on the site of the former national Zastava car assembly plant in Kragujevac.

The firm has 83 production facilities and a dozen R&D centres. It is present in 18 countries in Europe, Asia and North and Latin America supplying many of the major vehicle manufacturers. In 2011, Magneti Marelli recorded annual sales worth EUR 5.9bn. Fiat Automobiles Serbia (FAS) was due to start producing its Fiat 500L cars by autumn 2012 and is expected to employ a workforce of around 2,400 at the Serbian production site by the end of the year.

Mecalit opens Bulgarian injection moulding plant
German technical component manufacturer Mecalit has inaugurated a new injection moulding plant in the Bulgarian city of Plovdiv. The 5,000m2 facility, turning out a wide range of plastic parts and assemblies for various household appliances, was formally opened late last month by Bulgaria’s president Rosen Plevneliev. Mecalit’s latest production plant is located on a 23,000m2 site at the Kuklen Industrial zone of Plovdiv which is the country’s second largest city. The Lichtenau, Germany-based processor invested in a Bulgarian unit as part of its strategy of supplying leading customers across Europe. The company, which already employs 350 at established plants at Lichtenau and Lodz in Poland as well as a joint venture in Ma’anshan City, China, operates injection machines from 15 to 1,300 tonnes from suppliers including Krauss Maffei. Mecalit makes a wide range of components and assemblies for applications ranging from refrigerators, washing machines and tumble dryers to rail and bus seating. Its clientele includes appliance manufacturers including Miele, Bosch, Siemens and NEFF.

At the Bulgarian factory launch, President Plevneliev stressed his government’s commitment to boosting foreign investments and industrial production. He made clear it expects the city of Plovdiv to become a major production centre for the food industry. Bulgaria is an exporter of agricultural produce.

Tetra Pak invests EUR 25 million in Turkish packaging material plant
On its 40th year in Turkey, Tetra Pak invested in a new VT laminator for its factory in Izmir. The upgrade will boost capacity by 20 per cent, from 5 billion packs to about 6 billion. The new laminator which will be operational by January 2013, is capable of laminating all types and sizes of Tetra Pak packages, including the Tetra Prisma Aseptic, Tetra Gemina Aseptic and Tetra Brik Aseptic Tetra Pak factory in Izmir, Turkeypackages with Helicap caps. With the upgrade, the factory will be able to produce new designs, as well as deliver these at shorter lead times to customers in Turkey, Caucasus, and within the region. "In an increasingly competitive world, Tetra Pak recognises the need to offer our customers the very best products, technology and service," says Francis Goodenday, managing director of Tetra Bak Turkey and Caucasus. "This investment will enable us to meet our customers’ needs in a continuously growing, dynamic market by providing them with faster lead times, innovative packages and all the advantages of local supply and support."