Pumps and compressors production in Turkey 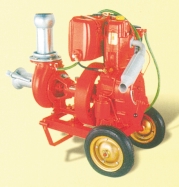 PCB and EMS Industry in Bulgaria

Industrialisation and huge agricultural production have resulted in the emergence of a strong pumps and compressors sector in Turkey. Today the share of the pumps and compressors sector accounts for 7% of the production and 4% of the exports of the Turkish machinery industry. Pumps are increasingly used in agricultural irrigation and in the manufacturing industry. Turkey is trying to improve land and water resources and expand irrigation. Pumps and compressors have a wide variety of applications in almost all sub-sectors of the Turkish manufacturing industry, mainly in the strong food, chemical, fertilizer and petroleum industries. Other important consumer sectors for liquid pumps are the energy, tourism and building sectors.

The most important irrigation project in Turkey is the South-eastern Anatolia Project. The South-eastern Anatolia Project, or GAP, is the largest development project ever undertaken by Turkey and one of the biggest of its kind in the world. This integrated, multi-sector project includes 13 major projects primarily for irrigation and hydro-power generation was planned by the State Hydraulic Works (DSЭ). Within the GAP project, a significant part of the total irrigation area will be irrigated by high capacity pumps and the available pumping capacity of Turkey will increase considerably. It is projected that at full development over 1.7 million ha. of land will be irrigated and 27 billion kWh of electricity will be generated annually with an installed capacity over 7460 MW.

The area to be irrigated accounts for 20% of the economically irrigable area in Turkey (8.5 million ha) and the annual electricity generation accounts for 22% of the country’s economically viable hydropower potential (118 billion kWh). GAP will double Turkey’s hydroelectric production, increase irrigated areas by 50%, more than double per capita income in the region, more than quadruple GNP, and create 3.5 million new jobs in the coming decade. Thus, Turkey’s economic growth will accelerate significantly.

Pumps industry production in Turkey began in the mid-1950s and the industry started to develop rapidly in the early 1960s. Small and medium-sized companies dominate the Turkish pumps and compressors industry. There are approximately 899 manufacturing companies in the sector. Number of people employed in the sector is about 5660. Every kind of small capacity pump can be produced in Turkey. In addition, there are a few large sized companies, specialized in the production of high capacity pumps. The manufacturing sites of the Turkish pumps and compressors industry are mainly located in the Marmara, Central Anatolian, and Aegean regions of Turkey. Istanbul, Konya and Izmir are the major cities in pumps and compressors and parts production.

Advanced production methods, such as Computer Numerical Control (CNC) and Computer Aided Design (CAD) are being carried out successfully in the large sized enterprises. Production planning, quality control and tests are realized by means of modern methods in these enterprises. In addition, research and development work also contributes to the success recorded by these companies.

If the two important product groups, pumps and compressors, are taken into account, exports of the pumps have the largest share with an export value of $103.7 million in 2004.

Main export products in the pumps industry are: pump parts, centrifugal pumps, rotary positive displacement pumps, fuel, lubricating or cooling medium pumps for internal combustion piston engines and other pumps. Among product groups, pump parts are the most traded items. The share of pump parts in the total exports of the pumps industry is about 36%. The other important export product, centrifugal pumps, accounts for 20% of the total exports of the sector. Turkish-made pumps are exported to almost 136 countries in the world. Major export markets are Germany, Iraq, the USA, the United Kingdom, France, Russian Federation, Belgium, Saudi Arabia and Italy.