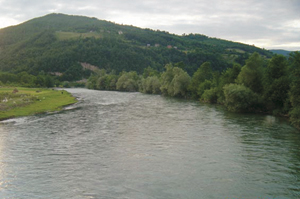 Development of the machine tool market in Turkey and Bulgaria

New energy regulation provided appropriate environment for different FDI in energy sector of Serbia, and moreover the country itself is just starting to understanding its competitive advantages.

In addition, mining sector is becoming even more attractive for different companies from US, Canada, UK, EU countries, Russia but also Asian companies coming from Korea, Japan and middle east companies. All seeking a new hub for their European positioning.
Digest of the analysis, related to power gen investments, an overview provides a glance into overall market perspective for different business development, companies servicing or providing specific power gen products.

Construction of two coal-fired TPPs, Kolubara B (2 units, 350 MW each) and unit No.3 at power plant Nikola Tesla B (700MW)
The tenders for selection of a strategic partner for these developments were underway during April and May 2011, Edison was chosen as partner for Kolubara B2 PP, Chinese consortium is preparing for TENT B3. In the best case, one of those two planned TPPs may be constructed, but definitely not before the year 2020.

Construction of 10 HPPs with total installed power of 103 MW on the Ibar river
An agreement for the development of analyses and a pre-feasibility study was signed with the Italian company Seci Energia S.p.A. The Italian partner will invest in this project only if they can export their share of HPP generation to Italy, which is only feasible if the submarine cable between Montenegro and Italy is built, associated 400kV. OHLs inside Montenegro and between Serbia and Montenegro, and if the Italian TSO TERNA is granted certain capacity in these transmission infrastructure. Otherwise, the price of electricity in Serbia would be too low to guarantee return of investment.

Construction of 5 run-of-river HPPs on the Morava river, with total installed power of 150 MW
The German company RWE Innogy (responsible for the planning and construction of HPPs in the RWE Group and for operation of around 90 plants in six countries) and Elektroprivreda Srbije (EPS) formed on May 24th 2011 a joint venture company "Moravske hidroelektrane d.o.o.", in which RWE Innogy has a stake of 51% and the share of EPS is 49%. The Construction of the first power plant should start in 2014, after the positive outcome of feasibility studies and completion of the planning process. The expected annual generation of all cascade HPPs is 650 GWh. The deal between RWE Innogy and EPS came as surprise, the construction of new HPPs on Morava river had not been in the discussion since . The deal was concluded very recently, and it is too early to form an opinion. Developments should be followed-up.

Modernization and extension of existing CHP Novi Sad
This project is to be executed by the new company Energija Novi Sad (ENS), a joint venture between EPS and the City of Novi Sad, and it aims to attract a strategic partner for the investment in the 450 MW/350 MW CHP unit at the location of the existing plant. The tender for this strategic partnership is still open. This CHP should be constructed by 2020.

Construction of a new unit B3 at TPP Kostolac B by EPS together with the Chinese National Energy Corporation, with estimated power of 350MW (or more)
This project includes the rehabilitation of filters at TPPs Kostolac B1 and B2, as well as extension of coal mining capacities. Project is expected to be completed by 2020.

Construction of 3 x 150 MW HPPs on middle Drina with EPRS (power Utility of the Republic of Srpska) and with Seci Energia S.p.A.
This should be a follow-up project if construction of HPPs on Ibar river is finished successfully.

Construction of HPP Buk Bijela on the upper Drina with EPRS
This is a very ambitious project linked with numerous water utilization rights and other open issues between three involved countries (Serbia, BiH and Montenegro),so even if it is technically feasible, it is unlikely to be completed before 2020 (with huge uncertainty even for the later period).

EPS-s generation assets on average are of a considerable age. Currently, EPS thermal power plants have been operating for 187,000 hours, or 31 years on average, while hydro power plants have an average age of 35 years. Although considerable rehabilitation works have been done in the last decade and have contributed to more efficient electricity generation and security of supply, the most ancient TPPs, such as Kolubara A1, A2 and A4, are planned to be decommissioned after 2012 due to environmental and operational cost reasons, although it is more likely that their decommissioning will be postponed until a new TPP unit is commissioned and starts the generation of electricity.

The only entirely private (no EPS or any other private enterprise involved) investment in conventional electricity generation facilities is a plan for the construction of the power plants at the Lim river near the city of Brodarevo (HPPs Brodarevo 1 with 23 MW and Brodarevo 2 with 25 MW), by the Canadian company Reservoir Capital Corporation from Vancouver (BC) Canada. The current status is that a consortium for the development of a feasibility study has been established and the study is due to be completed by August 2011.