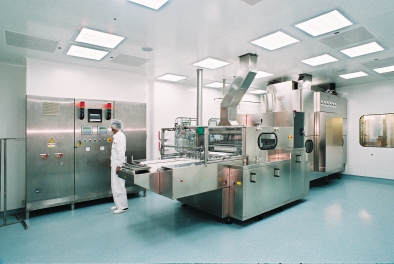 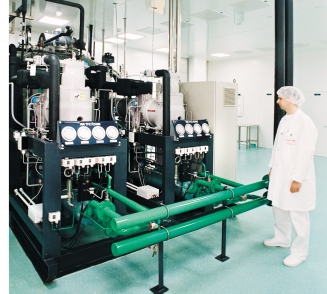 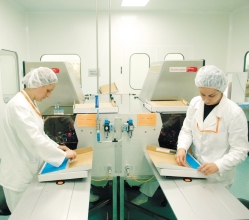 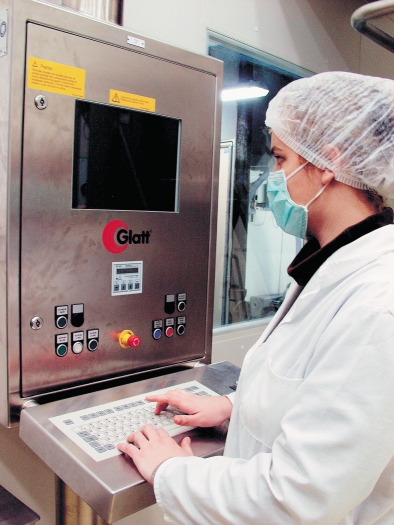 Pharmaceutical industry is one of the fastest growing and most profitable sectors in the world. It continues to experience tremendous growth fueled by innovation and advances in R&D. Competition to create new drugs and therapies has intensified as companies continue to strive for the next blockbuster drug. In order to facilitate growth, many international pharmaceutical firms are looking to expand through mergers and acquisitions or joint partnerships with smaller, more dynamic companies. Serbian pharmaceutical companies have strategically positioned themselves to take advantage of global trends in the sector. Companies like Hemofarm and Galenika, who have invested substantial capital into development, are expanding the frontiers of medicine in the region. Other companies like Zdravlje Actavis, provides access to low cost drugs to those who might otherwise not be able to afford them. Leading companies in the Serbian pharmaceutical industry have modern technological solutions that enable them to produce over 95% of current galenical forms. Production in a large number of companies is in compliance with modern standards and specific requirements of the pharmaceutical industry. Most of the manufacturers within the sector comply with ISO 9000 quality system. Some of them acquired ISO 14000 certificate, while the leaders of the industry comply with GMP, GLP and GCP. Investment in the burgeoning Serbian pharmaceutical sector is still in its infancy. A couple of years ago pharmaceutical giant GlaxoSmithKline made a substantial investment in Serbian pharmaceutical company Hemofarm. Many investment opportunities exist for companies looking to grow their product portfolios, expand into new markets or simply reduce manufacturing costs.

Hemofarm
Hemofarm is a company with four decades of experience in drug production. Over the course of the last decade, Hemofarm experienced large levels of expansion. Today, it is a Group made up of the parent company and 21 subsidiaries, of which 12 are in Serbia and Montenegro, and the others are abroad. The parent company is organized according to the division principle. In the last four years, Hemofarm invested ?92.5 million in new production capacities. An infusion solution plant was reconstructed and a freeze-dried forms (injectables) and ampoules factory was constructed and equipped. These investments amounted to ?25 million, of which ?18 million were secured through a loan arrangement made with the European Bank for Reconstruction and Development. Investing in state-of-the-art-technology has made Hemofarm the only pharmaceutical company in this part of Europe that currently manufactures the three most sophisticated drug forms - effervescences, freeze-dried injections and pellets. Existing manufacturing plants, as well as those under construction, are in compliance with the GMP regulations. Hemofarm is also the only company in the country that has been granted MCA approval, which secures export of their products to the European Union. Over 3,000 people are employed in the Group, with periodical fluctuations of part-time workers.
The strategy of the Group is directed towards a powerful penetration into foreign markets. Apart from classical export, Hemofarm realizes different types of cooperation and investment in establishing local production in other countries.

Zdravlje
Zdravlje is a leading manufacturer of drugs for gastroenterology and cardiology and one of the largest drug manufacturers in Serbia. It was established five decades ago and, after being acquired by Actavis Group in 2002, became part of this Iceland based pharmaceutical multinational company. The company is based in Leskovac in Southern Serbia, and currently employs around 1,300 highly educated personnel. In addition to manufacturing products for various well-known European pharmaceutical companies, Zdravlje produces more than 100 registered drugs and preparations in the form of tablets, capsules and ampoules. As a result of the recently embarked upon expansion programme, Zdravlje will be a fully EU compliant solid dosage and packaging facility by January 2007. Manufacturing in Zdravlje complies with environmental standards for medical waste treatment. Medical waste is placed in suitable packages for transportation and is destroyed in authorized institutions in Switzerland and Austria. After taking over Zdravlje, Actavis has invested some 6.9 million in 2004 and another 5.7 million in 2005, mostly in reconstruction of the pharmaceutical sector, GMP standards, logistics and education of its workforce. By the year 2007, Actavis invested a total of 20 million in Zdravlje. While holding a strong position on the Serbian market, the company continues to develop its sales presence in a number of neighbouring countries.

Galenika
Galenika has been producing drugs, other pharmaceutical products and raw materials for 60 years. Established in 1945, Galenika became the fourth company in the world to produce penicillin. In 1991, after a joint venture was formed with the US company SPI Pharmaceuticals, the company was named ICN Galenika, and later ICN Jugoslavija. Since March 1999, the company once again operates under its traditional and renowned name . Galenika a.d. Currently, Galenika has a 30% share of the domestic pharmaceutical market, and a well-trained marketing department. The company also has the necessary expertise, R&D and technologies to take advantage of both domestic and foreign markets. This includes licensing agreements and technology transfer based on long-term cooperation with international companies. In terms of exports, the most interesting export markets for the company are the former USSR, Baltic States and ex.Yugoslav republics. Also, Africa and the Middle East present opportunities for a large transfer of knowledge. Today, Galenika a.d. has 2816 employees. Over the years, Galenika has developed products based on license cooperation with world renowned companies, and also on their own expertise, inovations, and discoveries from its own Institute.
Modern technological solutions enable Galenika a.d. to produce over 95% of current galenical forms. Manufacturing is organized according to modern standards and specific requirements of the industry. There are four programs: Human Drugs, Dental, Veterinary, and OTC products, and six departments based on pharmaceutical forms. With completion of additional new facilities and modern equipment installed, the annual output of the Department, based on two shifts, will be 3 billion tablets. Overall, owing to a modern manufacturing concept, Galenika a.d. remains a competitive drug supplier both in the domestic and foreign markets. To enable Galenika’s full potential, in both domestic and foreign markets, several investment projects were initiated to modernize facilities, upgrade and harmonize standards to meet world requirements. These changes were made to facilitate exports to all world markets. All of these newly planned buildings will be constructed on vacant plots of the 55 hectares of land at the Galenika a.d. site in Zemun, 15 km from the center of Belgrade.

West Pharmacutical Services
West Pharmacutical Services Beograd d.o.o. Kovin is a dynamic and developing company based in Serbia and Montenegro, with an extensive presence in the local market. It is a subsidiary of US based West International Group and its activities are focused in the pharmaceutical packaging materials sector. West Pharmacutical Services Beograd d.o.o. Kovin is a legal successor of the former Pharma Gummi Beograd Kovin, which was founded in 1978. The company produces rubber stoppers for vials containing penicillin and other antibiotics, IV platelets and plungers for pre-filled and disposable 3 piece syringes. The company is a holder of the DIN EN ISO 9001:2000 QA certificate. The production facility is based in Kovin, while sales and administration are located in Belgrade. Currently, the company has 140 employees. West Pharmacutical Services  decided to extend its production capacity and invest nearly 10 million in coming years. The first phase started in November 2004 with the construction of a new production building. The operations will primarily be focused on export. The investment will generate new jobs in the local area and new export within the first year.

Zorka Pharma
The manufacturing pharmaceutical complex ZORKA Pharma produced its first medicines back in 1976 in cooperation with the American company USV. Since then,  factory has been intensively expanding its product range and production scope either in cooperation with renowned companies such as Organon, Servier, Grunenthal, Cyanamid, Bristol-Myers Squibb, etc., or on the basis of its own development and research.
The factory is situated in Sabac, 180km from the parent complex in Vrsac and 84km from Belgrade. It consists of 3 manufacturing plants with total manufacturing area 3800 sq.m: solid dosage forms plant - tablets and capsules; semi-solid and liquid forms plant - ointments, gels, syrups and solutions; chemicals plant.
At the end of 2002 Hemofarm Group became the majority owner (70%) of the factory and by 2003 it had already begun designing, constructing and equipping a new plant for semi-solid and liquid forms production. The plant became operational in 2004.
The solid dosage forms plant has also been subjected to a certain amount of re-engineering for the purpose of upgrading the overall ambiance of production conditions and the elimination of bottlenecks in the tableting and packaging lines by adding a new granulation line in a fluidized layer. When the line became functional at the end of 2005, it increased the capacity of the solid dosage forms plant by 100%.
The eight million Euro invested in these works and equipment represents one of the last and biggest investments by Hemofarm Group. The pride of ZORKA Pharma is a completely automated and computer-controlled high-bay warehouse with a height of 25m and over 6 500 pallet places.
ZORKA Pharma has the ISO-9001 quality standard and the environment protection standard ISO-14001, which was certified by the Swiss company "SGS". These certificates guarantee that the company is a reliable partner; that it has a vision of business excellence; that it knows how to accomplish goals and that it is aware of its responsibility regarding environmental protection.