Petroleum and Natural Gas Industry of Romania, Bulgaria and Moldova 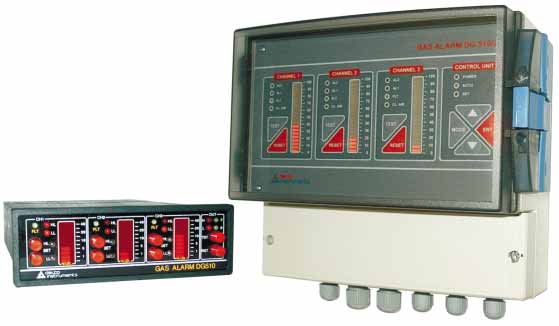 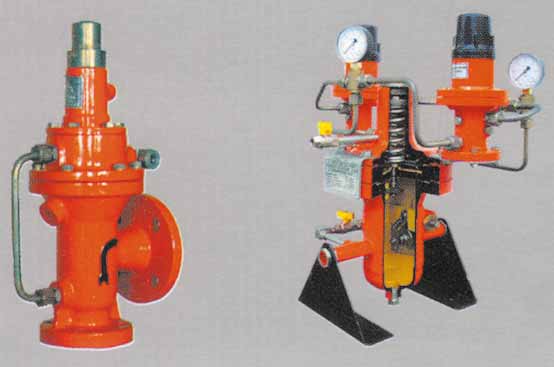 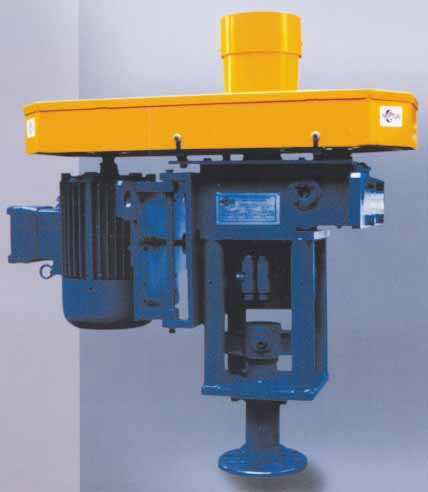 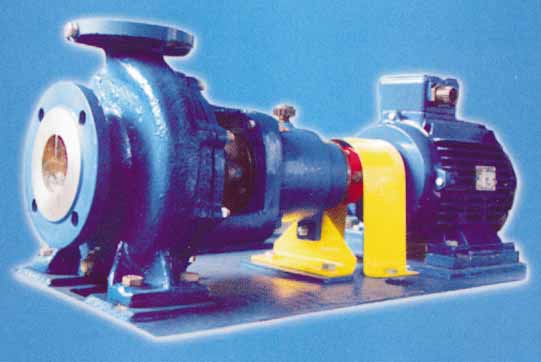 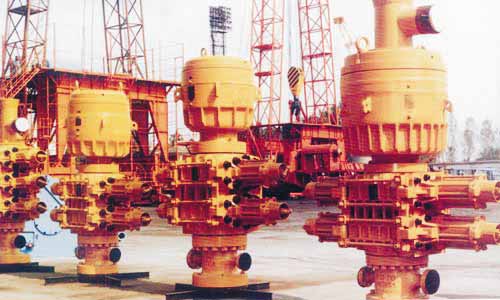 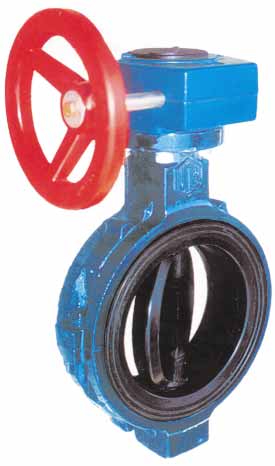 Romania, Bulgaria, and Moldova are all net oil importers, depending primarily on Russia for most of their supply. Although Romania is the largest oil producer in Central and Eastern Europe with reserves of 956 million barrels, its oil production has fallen from 252,000 barrels per day (bbl/d) in 1980 to 114,000 bbl/d in 2004. Neither Bulgaria nor Moldova produces significant quantities of crude oil.

Romania dominates Southeastern Europe’s downstream petroleum industry, with ten of the region’s eleven refineries. Because its refining capacity far exceeds domestic demand, Romania exports a wide range of oil products and petrochemicals. The World Bank has pressured Romania to reduce its refining capabilities, as nearly all of its refineries operate below capacity due to a lack of crude oil supplies and a need for equipment’s repair. Romania recently privatized several refineries, including Petrotel (majority owned by Russia’s LUKoil) and Petromidia (controlled by Dutch Rompetrol Group). LUKoil restarted the 104,000-bbl/d Petrotel refinery in October 2004, after two years of necessary upgrades to meet EU fuel standards. The Arpechim and Petrobarzi refineries are currently seeking additional investment. In March 2004, South Korean LG International announced an agreement with SNP Petrom (Petrom), the state oil company, to built a 24,000-bbl/d refinery at Pitesti near Bucharest. Construction is expected to begin in April and take to 21 months.

In December 2004, the Romanian government finalized the $1.5 billion sale of a 51 percent stake in Petrom to Austria’s OMV. In January 2005, the Romanian government announced plans to sell an additional 10 percent stake in Petrom on the Bucharest Stock Exchange (BSE). Petrom accounts for the majority of all Romanian oil production at approximately 120,000 bbl/d of oil and 6.1 billion cubic feet (Bcf) of gas in 2004. In September 2004, Rompetrol announced plans to spend $9 million over three years for exploration in the Zegujani and Satu Mare blocks in western Romania. Plans include spending an additional $12 million if reserves prove to be commercially recoverable. In October 2004, OMV announced plans to sell its 25.1 percent stake in Rompetrol to Swiss-based Rompetrol Holding.

Romania imports oil via the Black Sea through two major ports, Constanta and Tulcea, giving the country the capability to be a major energy transport point. Because of its perceived strategic importance, the Romanian government has no plans to privatize Conpet, the state-owned oil transport company, which operates the national pipeline system.

Bulgarian oil and gas exploration occurs predominately in the northern part of the country and the Black Sea. In January 2005, the Bulgarian government offered the offshore Shabla block in the northern Black Sea shelf under a three-year exploration license. Potential reserves are expected at 200 million barrels. Interest in exploration around Pleven on the Bulgarian-Romanian border has also increased. Melrose Resources (Melrose) began its latest offshore Bulgarian oil and gas search in September 2004. In December 2004, the IMF earmarked $25 million for Melrose’s exploration in Bulgaria and Egypt.

Bulgaria’s geographic location on the Black Sea gives it the ability to serve as a transit route for Caspian Sea oil exports headed to European refineries, as well as a transit point for Russian gas exports to Turkey. Oil is imported through Bulgaria’s main port at Burgas, where both the oil terminal and refinery are connected by pipeline to several Bulgarian cities. Actual Bulgarian refining capacity is estimated at 115,000 bbl/d. In February 2005, LUKoil announced renewed plans to acquire the 6.75 percent stake that it does not own in Bulgaria’s largest refinery, Neftochim (named capacity of 140,000 bbl/d), on the BSE. LUKoil has also pledged $408 million by 2005 to modernize the refinery, located in Burgas. In February 2005, LUKoil stopped shipmants of petroleum products to Petrol, Bulgaria’s leading fuel retailer, claiming that the Bulgarian company has an unpaid debt to the Russian oil major.

In October 2004, the Moldovan government announced plans to build a $220 million refinery linked to the Ukraine’s 180,000-bbl/d Brody-Odessa oil pipeline. The refinery will allow Moldova to import crude oil and process it domestically. In February 2005, Azerbaijan’s AzPetrol Moldova Company purchased the unfinished Giurgiulesti Oil Terminal in southern Moldova on the Danube River. Plans include the construction of a sea/river port and another oil refinery for completion within seven years.

Located on the western shores of the Black Sea, a major thoroughfare for world oil exports, the countries of Southeastern Europe hope to grow as transit centers, carrying Russian and Caspian Sea Region oil to market in Europe. Several pipelines are currently in various stages of construction and development.

Because oil exports from the Caspian Sea region are projected to increase rapidly in the next decade, several oil pipeline proposals to bypass Turkey’s increasingly congested Bosporus and Dardanelles straits (see map) are under consideration or in development. The 570-mile, 750,000-barrel-per-day (bbl/d) AMBO pipeline will connect the Bulgarian Black Sea port of Burgas with the Albanian Adriatic port of Vlore, allowing seaborne oil exports from Russia and the Caspian Sea region to flow overland between the Black Sea and the Adriatic. In December 2004, AMBO announced that front-end engineering and design (FEED) on the $1.2-billion pipeline would be completed in early 2005 following the December 28, 2004 signing of a memorandum of understanding (MOU) by ministers from Bulgaria, Albania, and Macedonia. Construction is expected to begin within the next 12 months for operation within three years.

In January 1997, Bulgaria, Greece, and Russia agreed to build a $700-million oil pipeline linking the Bulgarian Black Sea port of Burgas with Alexandroupolis on the Mediterranean coast of Greece (see map). As originally conceived, the proposed 178-mile underground pipeline would allow Russia to export oil (up to 300,000 bbl/d) via the Black Sea while bypassing the Bosphorus. The project has been stalled for several years by a wide range of technical and economic issues. Although Russia, Greece and Bulgaria signed a memorandum on the commencement of pipeline construction in November 2004, the countries did not complete an MOU by the end of the year as promised due Russian’s support of AMBO as an alternative to the Burgas-Alexandroupolis pipeline. Greece continued to lobby for construction of the pipeline in early 2005, with the final signing of an MOU expected on April 15, 2005. Concerns about whether the southern Balkans need both the AMBO and Burgas-Alexandroupolis pipelines may inhibit investment necessary to the construction of one of the pipelines in the future.

The SEEL proposal entails development of a pipeline connecting the Romanian Black Sea Port of Constanta with Italy’s Adriatic port city of Trieste. The Romanian-proposed crude oil pipeline (previously known as the Constanta-Omisalj-Trieste Pipeline) will extend across Romania to the Serbian town of Pancevo (near Belgrade) where it will connect to an existing branch of the Adria pipeline that runs across Serbia and Montenegro, Bosnia and Herzegovina to Trieste. Although a previous proposal planned for the pipeline to end at the Croatian Adriatic port of Omisalj, Croatian environmental concerns forced a revision in the route. Countries along the route plans to incorporating existing connections between Constanta and regional refineries into the SEEL pipeline. In November 2004, the governments of Romania, Serbia & Montenegro, Croatia, Slovenia, Italy, and Austria agreed to endorse SEEL and its connection with the TransAlpine pipeline, which supplies refineries in Austria, Germany and the Czech Republic. In February 2005, Hill International Company completed a feasibility study on the pipeline. Construction is scheduled to commence in late 2005, with inflows of 480,000 bbl/d expected by 2007.

According to 2005 Oil and Gas Journal estimates, Romania contains natural gas reserves of 3.6 trillion cubic feet (Tcf). Although it is central and Eastern Europe’s largest producer of natural gas (470 Bcf in 2002), Romania’s production has fallen significantly in recent years. Because the country’s domestic demand of 646 Bcf (2002E) is the highest in the region, imports of Russian natural gas are delivered via the south-bound Progress pipeline. Romania’s offshore Galata field, with proven reserves of 65 Bcf and proven plus probable reserves of 90 Bcf, is the country’s largest natural gas field. The Galata field began commercial production in June 2004 following the completion of a 36-mile pipeline linking it with Varna. Initial deliveries were estimated at 26.5 million cubic feet per day (Mmcf/d).

Attempts to privatize two regional gas distribution companies culminated in August 2004 when the Romanian government announced the sale of a 51 percent stake in Distrigaz Nord to Germany’s Ruhrgas and a 51 percent stake in Distrigaz Sud to Gaz de France (GdF). Although the Romanian natural gas market is still heavily regulated, the government has gradually opened the market since 2001, reaching a 40 percent opening in 2004. The government plans to fully open its natural gas markets by July 2007 in accordance with EU directives on a common gas market. In October 2004, both Ruhrgas and GdF announced interest in purchasing shares in Romgaz, the Romanian Gas Company, when the government decides to sell its stake in the company. In August 2004, a joint venture (JV) between Gazprom (Russia) and Wintershall (Germany) signed an MOU with Romgaz and Transgaz to build a natural gas pipeline from the Seceava region of Romania to the Ukraine. The JV will operate under the name Wintershall Erdgas Handelshaus (WIEH).

Bulgaria is dependent on imports for virtually all of its domestic natural gas consumption. In 2002, the country produced only 0.1 Bcf of natural gas, while consuming 174 Bcf. Although Bulgaria’s long-term gas supply agreement with Russia’s Gazprom officially expires in 2010, Bulgaria and Russia tentatively agreed in October 2003 to extend the agreement for another 10-15 years. The majority of Russian natural gas piped to Bulgaria through the Progress pipeline moves on to other markets. The two countries expect the volume of transit gas to grow to 0.66 Tcf by 2010 as a result of Gazprom pledges to invest in Bulgaria’s natural gas infrastructure.

Negotiations concerning the Nabucco project between the natural gas companies of five countries— Bulgaria’s Bulgargas, Romania’s Transgas, Turkey’s Botas, Hungary’s MOL, and Austria’s OMV— concluded in February 2004 when Nabucco Company Pipeline Study GmbH was formed to undertake construction of the methane-transfer pipeline network. The Nabucco project aims to transport methane from the Caspian Sea and Central Asia, including Iran, Azerbaijan, Turkmenistan, and Kazakhstan, to the countries of Central and Eastern Europe. Completion of the 2,100-mile pipeline is slated for 2010. Bulgaria expects to collect up to $100 million annually from the 250-mile stretch through its territory.

Moldova has no natural gas resources and is entirely dependent on Russia to meet its consumption (78 Bcf in 2002). Russia’s gas monopoly, Gazprom, has reduced supplies to Moldova in recent years as a result of the country’s delinquent debt. Moscow has suggested that Moldova surrender its oil, gas and electricity assets to Russia in exchange for a debt write-off. In June 2004, Gazprom also announced plans to stop natural gas supplies to Moldova’s breakaway republic of Trans-Dniester until its debt to the Russian Company has been addressed.