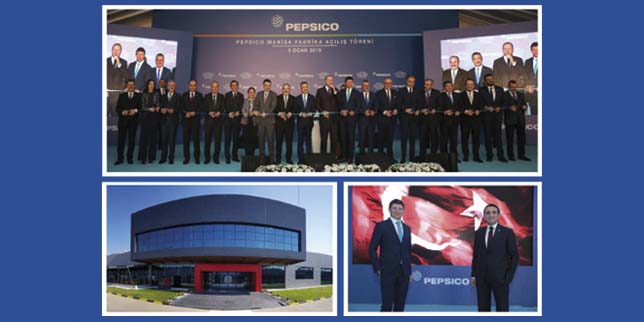 The US food and beverage manufacturing company PepsiCo officially inaugurated its sixth production facility in Turkey in January. The plant is located in the Manisa province. The project worth an investment of USD 150 million was given a start in 2014.

“As we have always expressed, no one who believes, trusts and invests in Turkey, regrets it. We want all other international corporations to enjoy the opportunities offered by Turkey, just like PepsiCo”, Turkish President Recep Tayyip Erdogan said at the official launching ceremony.

Along with its new plant in Manisa, PepsiCo operates three beverage factories in Izmir, Corlu and Adana, and two food factories in Kocaeli and Mersin. “PepsiCo has also become the first food plant in Turkey to obtain a Biomethanization Environmental License for its production facility in Kocaeli and is now licensed to generate energy by purchasing organic waste”, Turkish Investment Agency adds.