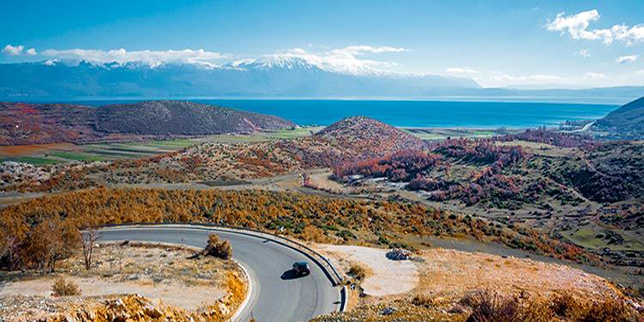 The European Bank for Reconstruction and Development (EBRD) announced on its official website it had invested more than EUR 1 billion in various projects in Western Balkans last year. A total of 67 projects were implemented with the funding, after a very successful 2017, when EBRD provided financing for the realization of another 57 implementations in the area worth almost EUR 700 million in total.

Among the activities enhancing EBRD’s policy engagement to the region was the third Western Balkans Investment Summit, organized and hosted by the Bank, which took place in February 2018.

In order to support sustainable and inclusive growth, competitiveness, inclusion, governance, green initiatives, resilience and integration, the business conference brought together the Prime Ministers and business representatives from all the six Western Balkan countries - Albania, Bosnia and Herzegovina, Kosovo, Croatia, the former Yugoslav Republic of Macedonia (now the Republic of North Macedonia), Montenegro and Serbia. The Bank now disclosed this year’s Annual Meeting was going to be held in Sarajevo on 8 and 9 May 2019.

The EBRD provided large amounts of private finance to support infrastructure links in South-Eastern Europe. One of the key investment projects in 2018 was the major modernization of the Nikola Tesla airport in Belgrade, Serbia’s main air transportation hub that serves the country and the wider region. All the regions supported by the Bank had the opportunity to take advantage of large scale investment and backing for reforms, with a number of countries overcoming significant economic challenges in the process.

The EBRD financed a total of 395 projects worth EUR 9,5 billion in 2018 across its all regions, very close to a 2017 record of EUR 9,7 billion.
“For 2019, the EBRD has set ambitious goals in support of the global development agenda.

At its Annual Meeting in Jordan in May 2018, EBRD shareholders asked the Bank to do even more with existing capital to increase investments in existing countries to help achieve Sustainable Development Goals the international community has pledged to deliver by 2030.
The EBRD responded with a plan that sees the Bank making an even greater impact in its regions. EBRD President Sir Suma Chakrabarti told Bank staff this week the EBRD would raise both the quality and the quantity of its investments over the next two years. He was confident the Bank would achieve these ambitious goals”, the Bank said in an official press release.

Shareholders will decide whether to work for possible further expansion outside the current regions of activity at the Annual Meeting in Sarajevo in May 2019.
“2018 was a year during which the EBRD extended its broad international shareholder base that already stretches across five continents. India became the Bank’s 69th member and San Marino signed up to take a stake.