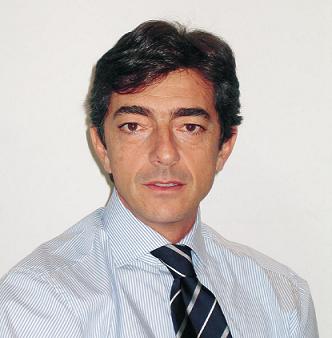 ONDO Smart Farming Solutions, Ilia Iordanov: Automation is the only way to success in agriculture

Arrow is one of the global leaders in the electronic components distribution market. We met Mauro Franchetti, Sales Manager Emerging Countries in Arrow Southern Europe, who has given some information about Arrow activities in the Emerging Countries.

May you summarize Arrow topics?

Arrow Electronics is a major global provider of products, services, and solutions to industrial and commercial users of electronic components and computer products, with sales of $11.2 billion in 2005. Headquartered in Melville, New York, Arrow represents nearly 600 suppliers and serves as a supply channel partner more than 130,000 original equipment manufacturers, contract manufacturers, and commercial customers through a global network of more than 270 locations in 53 countries and territories with a total of 11000 employees worldwide.

Arrow is present since several years in the Fortune500 list which highlights the best companies in the world. Moreover it is in the list of the companies where it is better to work. In Europe, Arrow had, during 2005, about Ђ3 billion sales within the 3 main regions: Northern, Central and Southern Europe.

What Arrow Europe is doing in the Emerging Countries?

The expansion program of Arrow Europe in the Emerging Countries continues with the clear intent of enhancing our direct presence in those countries.

Arrow Southern Europe (1.1 billion sales in 2005) started with its presence in Southern Europe Emerging Countries in 1998 in Greece (Arrow Hellas) and then Turkey (Arrow Elektronik) and Slovenia (IR Electronic) the year after.

Which is your approach to the market?

The business model applied in those countries takes strongly in account the local market needs and has the aim of combining all the skills of the Arrow global strength with the specialization and the flexibility guaranteed by a local organization, from the logistic, sales and technical support point of view.

Arrow Southern Europe is capable, in those countries, to ship and bill from its headquarter located in Italy or through the local Arrow companies. We can quickly react to the customer requests thanks to the link with the Southern European information system and to the local warehouses established in each country.

Arrow considers essential proposing itself as a specialized partner, not only on the service area but also on the technological choices that our customers have to face in such fast changing market. The importance of the technical support to the customers brought Arrow to invest locally on FAE (Field Application Engineer) teams properly trained and fully supported by a qualified sales organization.

Do you have further programs in this area?

As a result of the good achievements over the last years in Greece, Turkey and Slovenia, Arrow intends to continue in its journey now through Bulgaria and Romania where the target is to have a direct presence by the end of 2006.

In the coming numbers we’ll be pleased to update the readers about the presence and the evolution of the Arrow presence in those countries and the relevant steps forward undertaken.

Any entity, company or people who may be somehow interested to get in touch with us about the above mentioned countries, can write to the following email address: