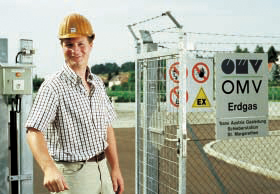 OMV Power International, a wholly owned subsidiary of OMV Gas & Power GmbH, signed a share purchase agreement to acquire 60% of the Turkish Borasco Elektrik Uretim Sanayi ve Ticaret A.S. After the kick off for the set up of a 860 MW gas-fired power plant at the Petrom refinery in Petrobrazi (Romania) and the planning of a gas-fired power plant in Haiming (Germany), OMV has taken a further step towards the integration of the gas value chain into power generation.

The power plant construction is expected to begin this year
Borasco Elektrik, dealing with the production and trading of electricity, will set up a 890 MW gas-fired power plant in Samsun at the Turkish Black Sea Coast and will sell the produced electricity on the Turkish market. The location beside the Blue Stream gas pipeline terminal is an essential factor for a safe gas supply. The agreement was approved by the Turkish regulator EMRA on July 30, 2008 as well as by the EU competition authority on August 19, 2008. The power plant construction is expected to begin this year, the start-up shall take place late 2010. The amount of money invested is estimated at approximately EUR 500 mn. OMV’s partners at Borasco Elektrik are Turcap Investments B.V., a subsidiary of the global financial services provider Lehman Brothers Holdings Inc. (25%), and Metcap Enerji Yatirimlari San ve Tic A.S. (15%), which is controlled by Celal Metin a Turkish industrialist.

OMV strengthens its power generation activities using natural gas
Following the entry into the Turkish market two years ago by acquiring a stake in Petrol Ofisi (today’s OMV share: 41.30%), Turkey’s leading filling station and customer service company, OMV is now setting a further milestone entering the Turkish electricity market within the scope of its activities in this region.
Werner Auli, OMV Executive Board member responsible for Gas and Power said: “The entry into the Turkish market is another important step in terms of the use of natural gas for power generation in addition to the projects in Romania and Germany. The Turkish electricity market has a strong growth rate of around 10% per year. New power plants are urgently required in order to cover the high demand. This project will help ensure the supply security in Turkey”. Modern gas-fired power plants with low emissions and high efficiency are becoming more and more important from an environmental point of view.

OMV Gas & Power
Is the leading OMV company in the gas business area. Its activities include Gas Supply, Marketing and Trading (with the subsidiaries EconGas and the Petrom gas activities), Gas Logistics (with the subsidiaries OMV Gas, Nabucco Gas Pipeline International, Adria LNG) and Power (with the subsidiary OMV Power International) and the Central European Gas Hub and is one of the leading gas trading and logistics companies in Central Europe. In the Gas Supply, Marketing and Trading business area OMV Gas and EconGas sold 7.8 bcm of gas in 2007, with a further 5.3 bcm coming from Petrom Gas. The total gas transportation sold that year was around 64 bcm of natural gas. Apart from Austria, natural gas is transported via these pipelines to Germany, Italy, France, Slovenia, Croatia and Hungary, making the OMV gas logistics business area an important component of the European natural gas network and a central gas hub in Europe. The Central European Gas Hub handled a trading volume of 17.7 bcm of gas in 2007 and is thus one of the most important trading platforms in continental Europe.

OMV established a Future Energy Fund for projects in renewable energy
With Group sales of EUR 20.04 bn and a workforce of 33,665 employees in 2007, as well as market capitalization of approximatly EUR 13 bn, OMV Aktiengesellschaft is Austria’s largest listed industrial company. As the leading oil and gas group in Central Europe, OMV is active in Refining and Marketing (R&M) in 13 countries. In Exploration and Production (E&P) OMV is active in 20 countries on five continents. OMV sells more than 13 bcm gas a year. Via Baumgarten, one of the most important turntables for gas in Europe approximately 64 bcm gas is transported annually  OMV’s Central European Gas Hub is among the three largest hubs in Europe.
OMV is the largest oil and gas group in Central Europe, with oil and gas reserves of approx. 1.22 bn boe, daily production of around 316,000 boe and an annual refining capacity of 26.4 mn t. OMV has 2,527 filling stations in 13 countries. The market share of the group in the R&M business segment in the Danube Region is now 20%.
OMV further strengthened its leading position in the European growth belt through the acquisition of 41.30% of Petrol Ofisi, Turkey’s leading company in the retail and commercial business.
In June 2006, OMV has established the OMV Future Energy Fund, a wholly owned subsidiary to support projects in renewable energy with more than EUR 100 mn to initiate the change from a pure oil and gas group to an energy group with renewable energy in its portfolio.