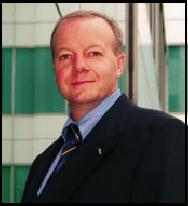 Growth in Russia, Eastern Europe and the Middle East has led Omron Electronic Components Business – Europe (OCB-EU) to increase the size of its team to a total of fourteen, with a headquarters in Bratislava. Omron’s team operates directly in Russia, Czech, Slovakia, Hungary, Poland and Turkey. In addition Omron partners with 22 distribution organisations in this region to give it direct representation in 15 countries in Eastern Europe and the Middle East, and indirect representation in a further 19.

“We’re seeing indigenous businesses flourish in this region, alongside continuing migration of manufacturing into Russia and Eastern Europe,” commented Nigel Blakeway, Chief Operating Officer of OCB-EU. “Sustainable growth entails putting in place the right infrastructure to support it, and our organisation there is now equivalent to that of the established European markets.”

The expansion in should be seen in the context of the OCB-EU strategy of ‘Growth through Investment’ in Europe as a whole. A new switch engineering centre, an expanded new technology team and restructured, expanded regional sales teams are three of the initiatives to develop Omron’s business in the region as a whole, which will also directly benefit Omron’s Eastern European customers.

“Europe has always been a strategic market for Omron, and our engagements with customers show that there is potential for growth in both the new microelectronics technologies, and the established electromechanical switching components business in Europe, said Blakeway. “Achieving these growth targets means ensuring that we have technical and sales resources to support both effectively.”