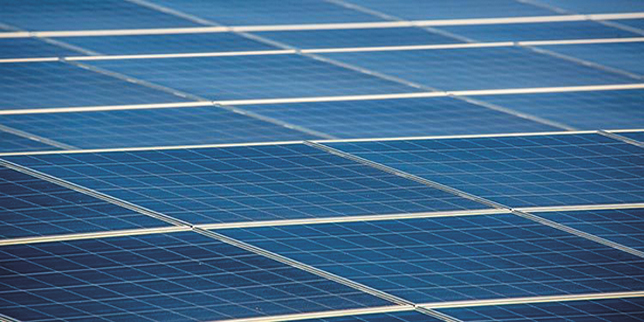 The European Bank for Reconstruction and Development (EBRD) is lending EUR 5,9 million to the North Macedonian state-owned electricity company ELEM to further support the country’s plans to move decisively forward with decarbonisation, the Bank said in an official statement.

The loan is granted to the company to construct the largest solar power plant in the country, helping it achieve its goal to generate 23 per cent of electricity from renewables by 2020. The plant will be constructed on the site of an exhausted lignite coal mine and the rest of the funding (around EUR 8,7 mln.) will be provided by ELEM. The redevelopment of coal mine site is a big step towards the decarbonisation of the North Macedonian power sector, the EBRD points out.

The new solar plant is ELEM’s first and it will produce nearly 15 GWh a year of electricity once it becomes operational. The plant will thus displace 12,177 tonnes of CO2 a year. The project will also support the electricity company’s efforts to rehabilitate the 26 hectare mine site that used to supply the TPP with coal, EBRD said.

ELEM is a public electricity generation utility owned by the North Macedonian government which provides 90 per cent of the country’s domestic electricity production. This amounts to about 3,600 GWh which are delivered from two thermal power plants and 1,250 GWh from eight hydropower plants. The company also also operates two combined heat and power facilities and the first wind farm in the country, producing about 100 GWh annually.

“The country, whose capital Skopje was recently named one of Europe’s most polluted cities, aims to source 23 per cent of its electricity from renewable sources by 2020.
This project will help the country reduce its reliance on ageing lignite-fired infrastructure and also help the local community in the Kicevo municipality, traditionally reliant on lignite mining and generation, to develop more sustainable practices”, the Bank further explained.

The large-scale solar project was signed in Skopje in January by the EBRD’s Head of Power and Energy Utilities, Harry Boyd-Carpenter, and by ELEM Chief Executive Officer Dragan Minovski. The implementation is aimed to diversify the production mix of ELEM from coal and increase the share of renewables, providing more clean energy in a country and region with capacity shortages and high levels of carbon intensity, the EBRD adds.

The Bank is also providing the company and the country with technical assistance in designing competitive renewable tenders for 200 MW of solar capacity and 150 MW of wind power capacity, thus helping it hit its renewable energy targets. “Italy is providing almost EUR 75,000 towards technical due diligence. The EBRD Shareholders Special Fund (SSF) is providing EUR 75,000 for environmental and social due diligence. The EBRD’s Green Economy Transition (GET) Project Preparation and Implementation Framework will support the company during project implementation”, the EBRD stated in a press release.

The European Bank for Reconstruction and Development has funded a total of 113 projects, worth more than EUR 1,8 billion, supporting the North Macedonian economical development.