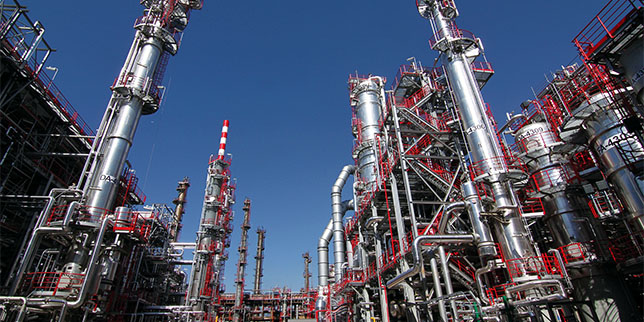 The next phase of the modernization of Pancevo oil refinery in South Vojvodina, Serbia, was marked with an official ceremony at the facility site. The new stage of the project, implemented by Naftna Industrija Srbije (NIS), includes the construction of a Bottom of the Barrel plant with a delayed coking technology.

A new factory of Zumtobel group officially launched in Nis

This step is a new milestone in the development of NIS, Kirill Tyurdenev, CEO of the company, explained at the ceremony. It is also an important project for the entire petroleum sector in the country. By expanding its process capacities and focusing on state-of-the-art technologies, NIS is planning to keep its position among the leaders on the demanding and competitive regional market of petroleum products, Tyurdenev further stated.

The project expects a total investment of over 300 million euro, which makes it one of the largest initiatives of its kind in Serbia for the next couple of years. The completion of the modern plant is scheduled for the third quarter on 2019, the company also disclosed at the ceremony.

With the completion of the Bottom of the Barrel project NIS is continuing the constant modernization of its facilities and operations, the company stated. Its general goal is to be a reliable supplier of top-quality fuels to the Serbian market. NIS expects that the new plant will help of the optimal exploit of the Pancevo oil refinery capacity. The company also plans to increase the facility’s processing efficiency from 86 to 99,2%. According to an official statement on NIS’s website, this measure will lead to an increase in the production of high-quality petrol and diesel and mark the beginning of producing coke. This product is currently being imported to Serbia.

"I would like to thank Gazprom Neft for the enormous effort and energy which they have been putting in for 3 years now together with the Serbian part of NIS to work out a plan and make an agreement on how to go ahead with the bottom of the barrel process. Here we are at the construction site today and we expect excellent results of the bottom of the barrel processing in 2 years. Up to this point, NIS’s investments have ensured that we have the finest fuel in this part of Europe, which you may recognize when you travel for a holiday, you may notice that the quality of petrol and diesel in Serbia is much better than in the neighboring countries"", Serbian president Aleksandar Vucic said at the ceremony.

"We are turning a new page in the history of the development of NIS. By launching the Bottom of the Barrel Project at the Pancevo Oil Refinery, we are entering the second stage of the process of modernizing this complex. The first stage in the modernization process has made it possible for this refinery to join the leading ones in Europe in this field. When the second stage is completed, this refinery in Pancevo will rank equal with the refineries across the globe, since we will have the depth of processing at 99%. Since 2009, we have already invested over 2,5 billion euro in development"", Alexander Dyukov, chairman of the Management Board of Gazprom Neft, commented.

"Investing in the construction of the bottom of the barrel plant will be conducive to the security and sustainability of Naftna Industrija Srbije, while at the same time ensuring smooth oil operations, which is of extreme importance to our economy, domestic product and Serbia in general"", Aleksandar Antic, Serbian minister of mining and energy, pointed out.